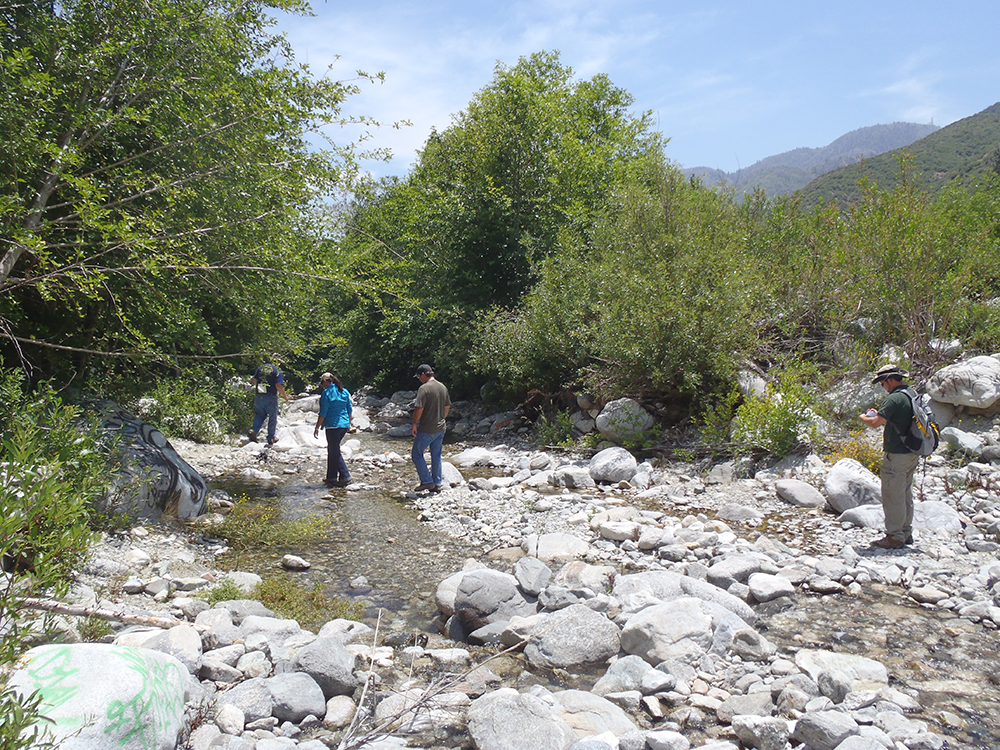 Waterkeeper staff helps identify potential reintroduction sites for the Santa Ana sucker While Inland Empire Waterkeeper focuses mainly on water quality issues, we view healthy populations of native aquatic species as an important indicator of water quality and a critical component of a healthy watershed. Because of this, Waterkeeper strongly supports the reintroduction of the federally threatened Santa Ana sucker (Catostomus santaannae) to appropriate locations within the Santa Ana River Watershed.Waterkeeper is currently collaborating with local stakeholders, including the U.S. Fish and Wildlife Service, to further recovery and restoration efforts for this native fish to locations outside of the Santa Ana River. These steps will help ensure the long term survival of the species, especially in the case of a catastrophic event which could destroy the singular population on the river.

Santa Ana suckers reach about six inches in length and feed primarily on invertebrates, algae, and organic matter. Historically, the Santa Ana suckers were found in the upper watershed areas of the San Gabriel and San Bernardino Mountains down to the Pacific Ocean. However, their habitat has been greatly damaged and reduced by activities such as dam construction, water diversion, and urban development. To learn more about other fish native to our watershed, click here.

Currently, the Santa Ana sucker continues to find itself making headlines as contention rises over its critical habitat designation in portions of creeks and rivers in San Bernardino, Riverside, and Los Angeles Counties. Check out the articles below for some recent news.