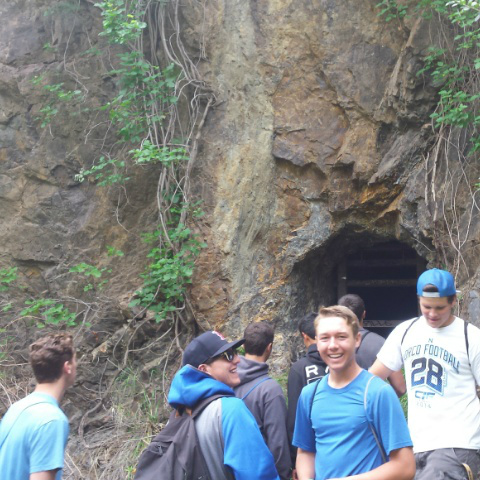 It was another great day for a River KATS field trip. Norco High’s AP Environmental Science class joined us for a hike through the Cleveland National Forest to learn about the history of Tin Mine Canyon, biodiversity, and the importance of natural open spaces. 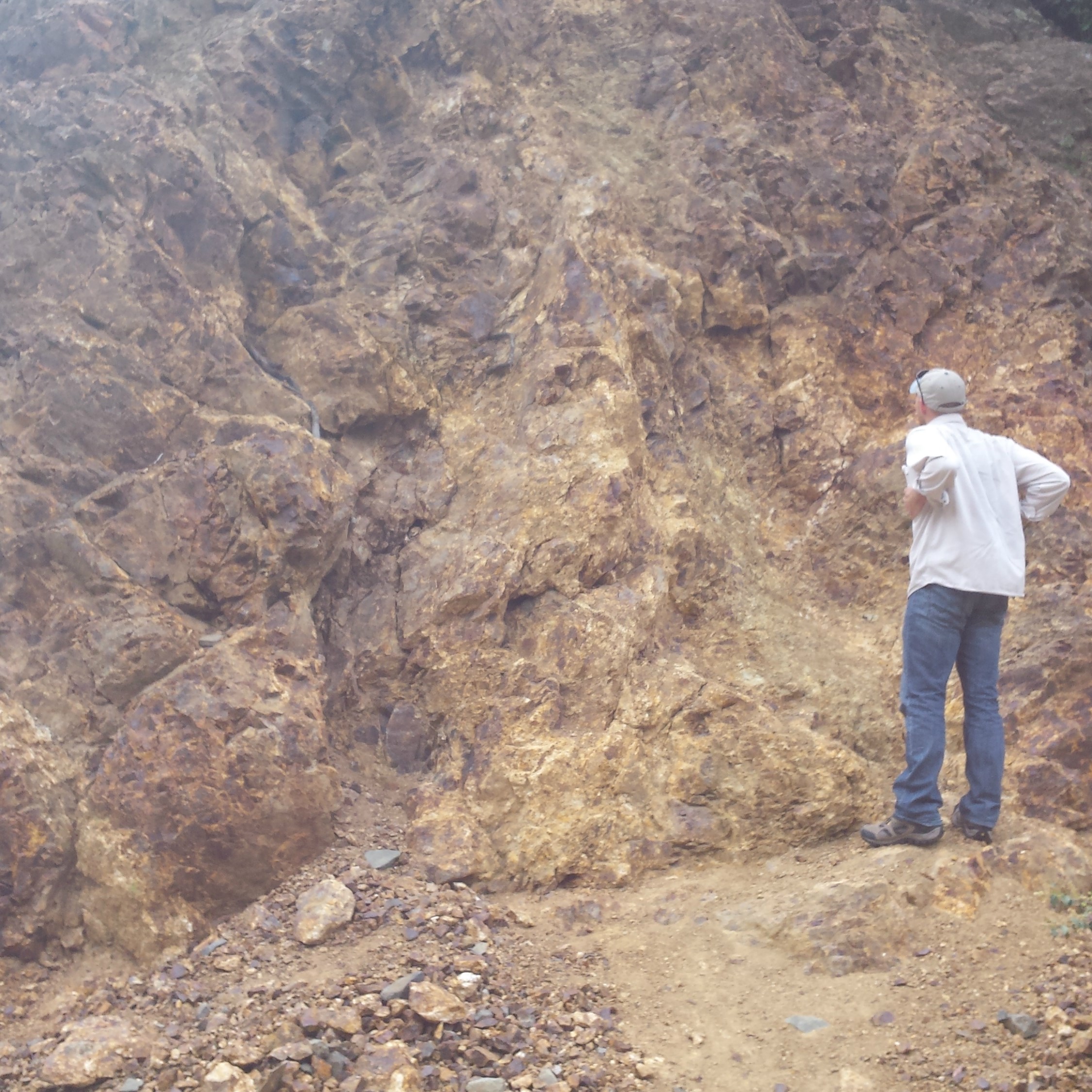 This inquisitive group of students were especially curious about the history of Tin Mine Canyon. We explained how, in 1901, a geologist claimed he had found rich tin ore in Trabuco Canyon. This led to the investment in mining by a milk producer who was desperate for tin because the United States had declared that all milk containers be sanitized and sealed. Millions of dollars later, the milk producer halted all mining operations as no tin has ever been found.

As we made our way into the Tin Mine Trail, we came across an exposed fault fracture. We were able to see first-hand how the acid in rain breaks apart rock, but is able to maintain slope stability by the roots of surrounding vegetation. This was visible through the accumulation of broken rock along the trail and the roots that dangled above our heads. 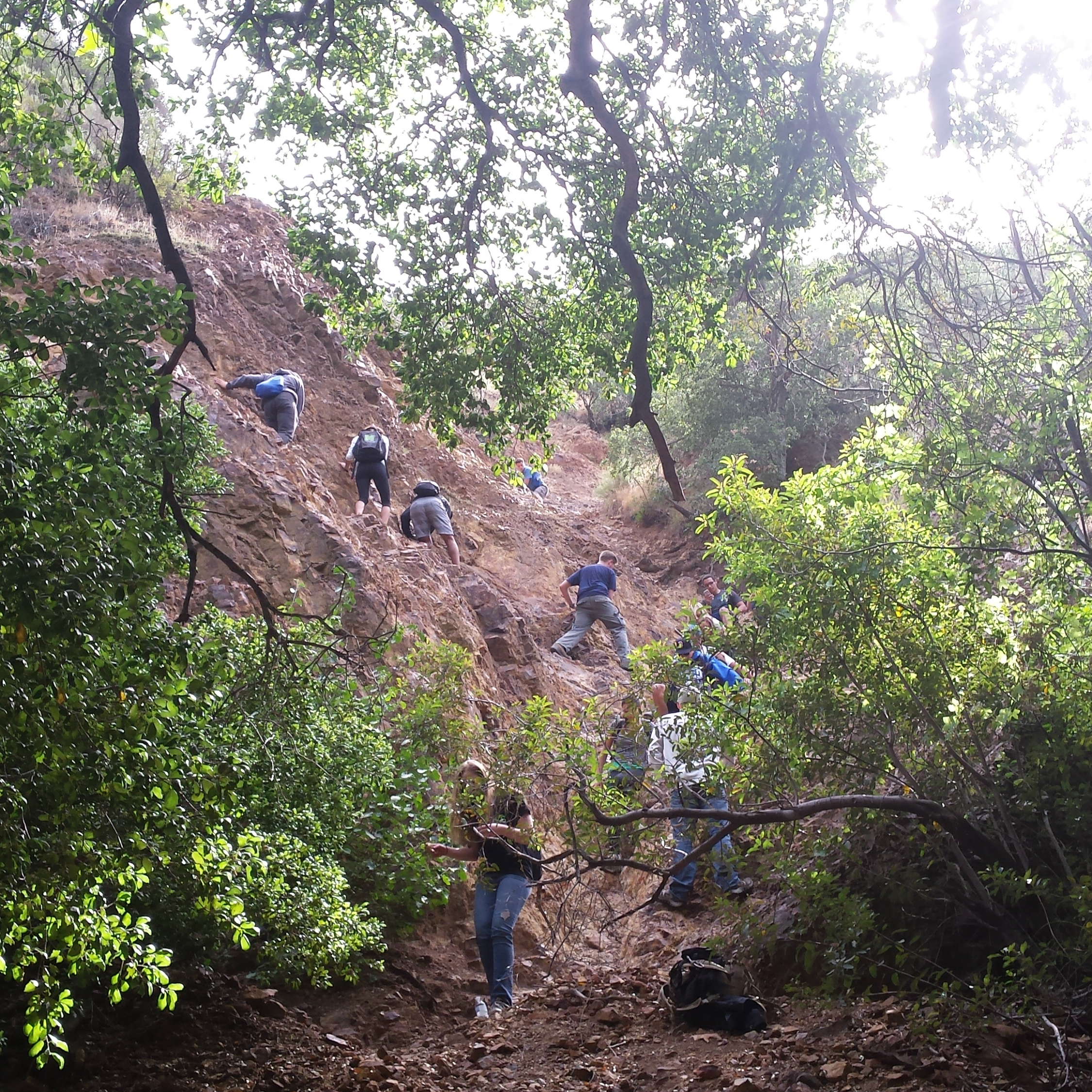 When we made our way to the final destination along the Tin Mine trail, we came across a small pond formed by the trickle of water down the canyon. In the pond, students pointed out salamanders and other creatures crawling nearby. Then underneath the canopy of trees, students rested on rocks that surrounded the pond as we explained the importance of natural open spaces. The students learned that once natural spaces, like Tin Mine Canyon, are gone, they are gone forever and no one can ever replicate an environment with so much biodiversity.

We are very proud to offer River KATS field trips to schools throughout the Inland Empire and very thankful that the awesome students of Norco High are so excited to participate in this program!