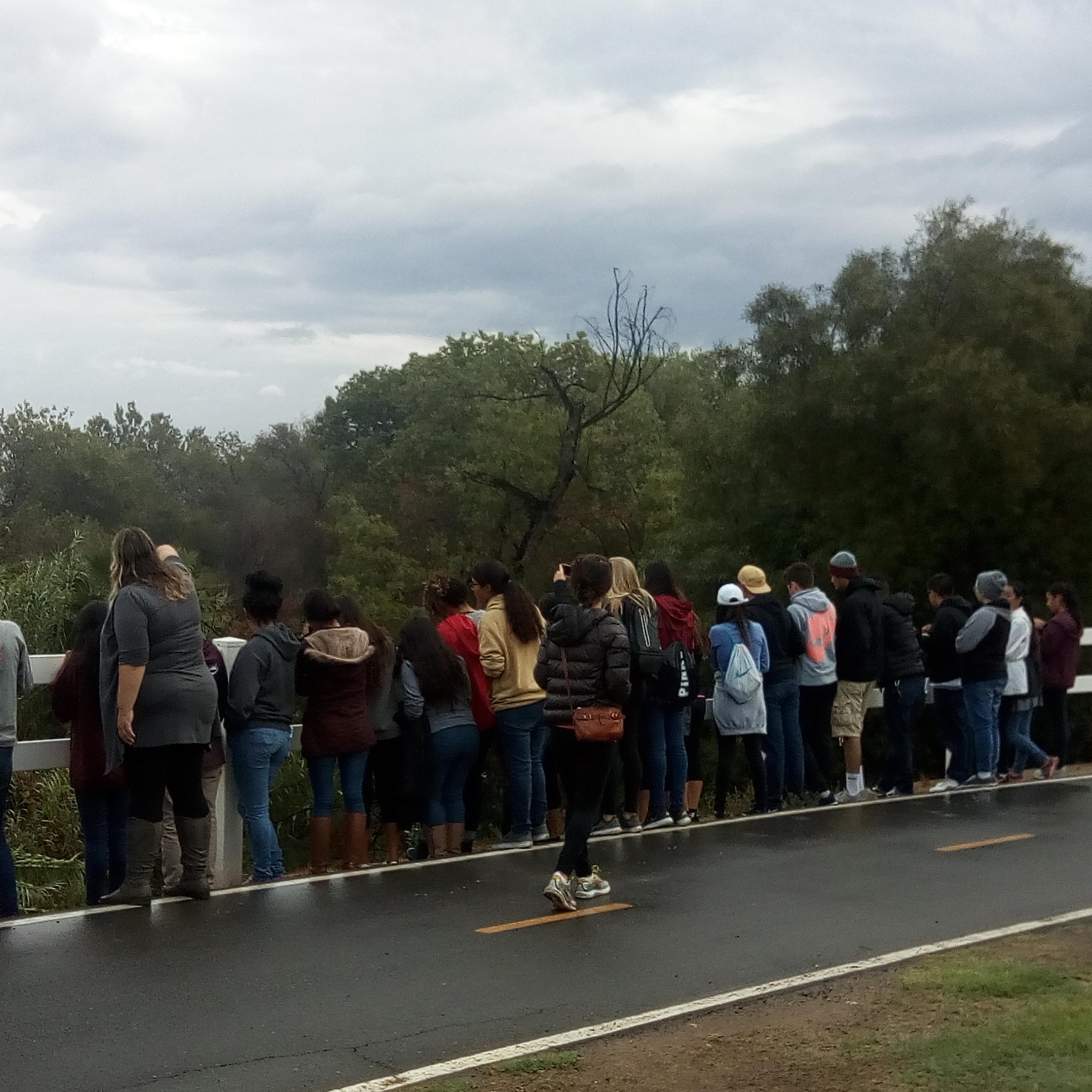 We took the AP Environmental Science class of Patriot High on a field trip to the Santa Ana River at McLean Park! This amazing group of students braved the wet morning to learn about the history of the Santa Ana River, the impacts of storm-water runoff, and major issues pertaining to native and introduced species in the area.

Students were introduced to the significance of Juan Bautista de Anza and how he settled most of modern-day Northern California with hundreds of families while crossing the Santa Ana River at what is now Riverside in the 1770s. Students also noted some of the introduced/invasive species in the area including wild mustard, wild grape, and feral pigs.

While walking the trail to the river, students of Patriot High observed nearby storm drain outlets that allows storm-water to flow into the river, unfiltered, where high bacteria concentrations are expected following a heavy storm the night before. They learned how waste-water treatment facility sewers are actually better for the environment because much of the grey water from homes are treated and are clean enough to be released into the river, attributing to the increase of water flow.

As the students made their way down the path to the river, discussions of invasive and endangered species continued. Students were taught to recognize the bamboo-like plant as the water-thirsty arundo, and the tall grasses as cattail.  The federally endangered Santa Ana sucker fish was also discussed. We shared with this local group that the sucker is named after the river it is indigenous to and how it is continually threatened by dams located upstream of in San Bernardino. 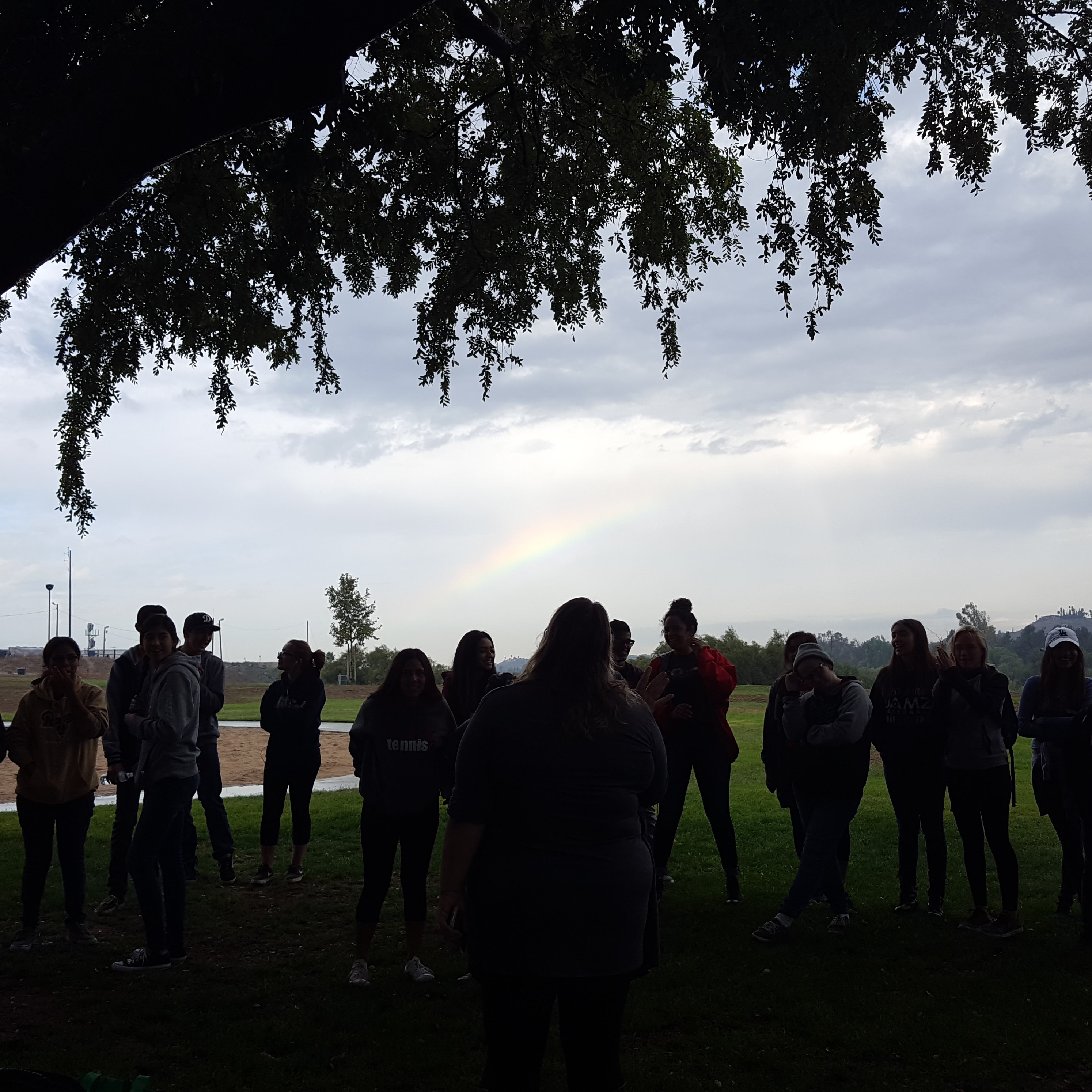 After collecting a sample from the river, students were introduced to basic water quality concepts, like the importance of monitoring nutrients and metals in waters, as they conducted water quality testing for the first time. They were taught the standards, sources of pollution, and effects of long-term exposure of these parameters.

We are thankful for the students of Patriot High of being so excited and inquisitive on this field trip, which was made possible by a partnership with the Jurupa Community Services District.