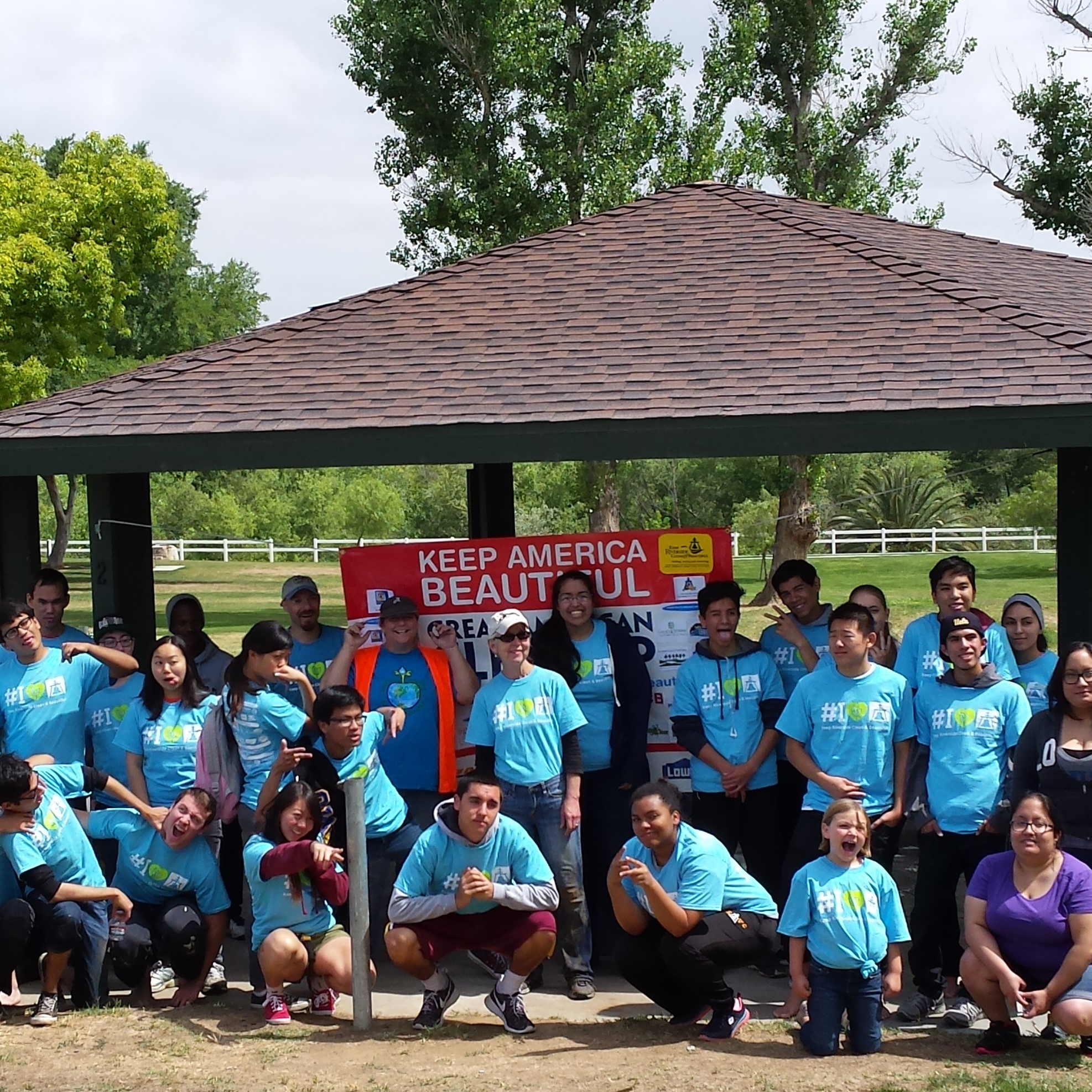 A portion of the Santa Ana River got some well-deserved care on Saturday, May 9, 2015 as part of the Great American Cleanup. This could not have been done without the help of awesome volunteers and Inland Empire Waterkeeper staff.

The Great American Cleanup is a nationwide event, but on a local scale, Keep Riverside Clean and Beautiful, volunteers and team leaders cleaned different sites throughout the city of Riverside. The site we were assigned to restore was the Santa Ana River, located beside Martha Mclean-Anza Narrows Park. 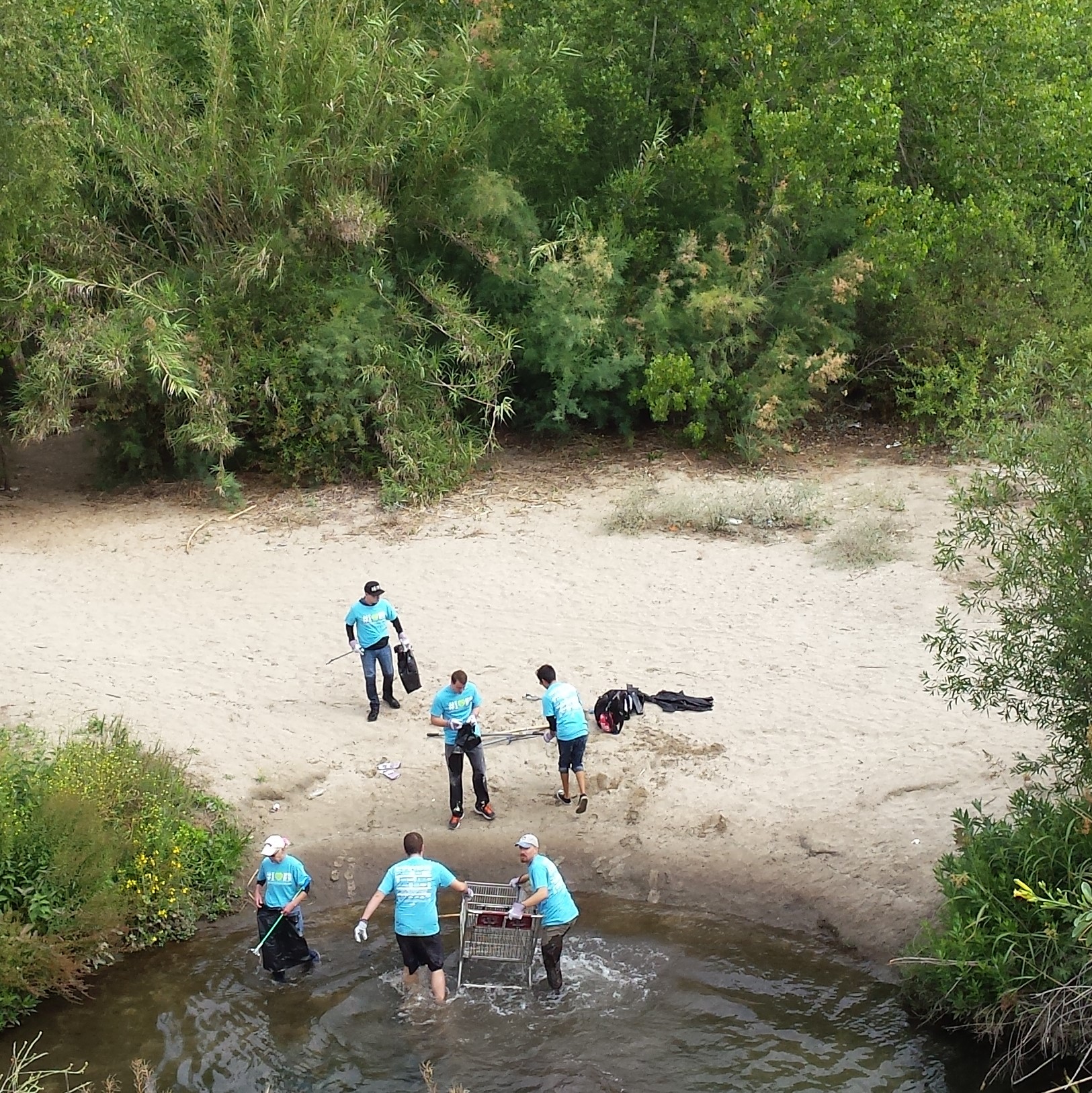 Inland Empire Waterkeeper staff got to McLean Park early morning to prepare for the day. We had a great turn-out of volunteers and we were ready to get to work. Waterkeeper Team Leaders split in half to cover two areas of the river. The first site had easy access to the beach, while access to the swimming hole proved to be a challenge.

I, a fellow Waterkeeper Team Leader, and several enthusiastic volunteers chose to focus on the location with difficult access to the river. We walked down a steep slope, then treaded through knee-high water to get to our site. Once there, I began to clean a small area filled with vegetation and brush at the bottom of the hill with the help of a few volunteers while the rest of our determined helpers headed into the river. A couple of hours later, we had successfully removed trash, a shopping cart, a pipe and a mattress—which was found weeks ago by members of the Stream Team who test the water quality of the Santa Ana River weekly. 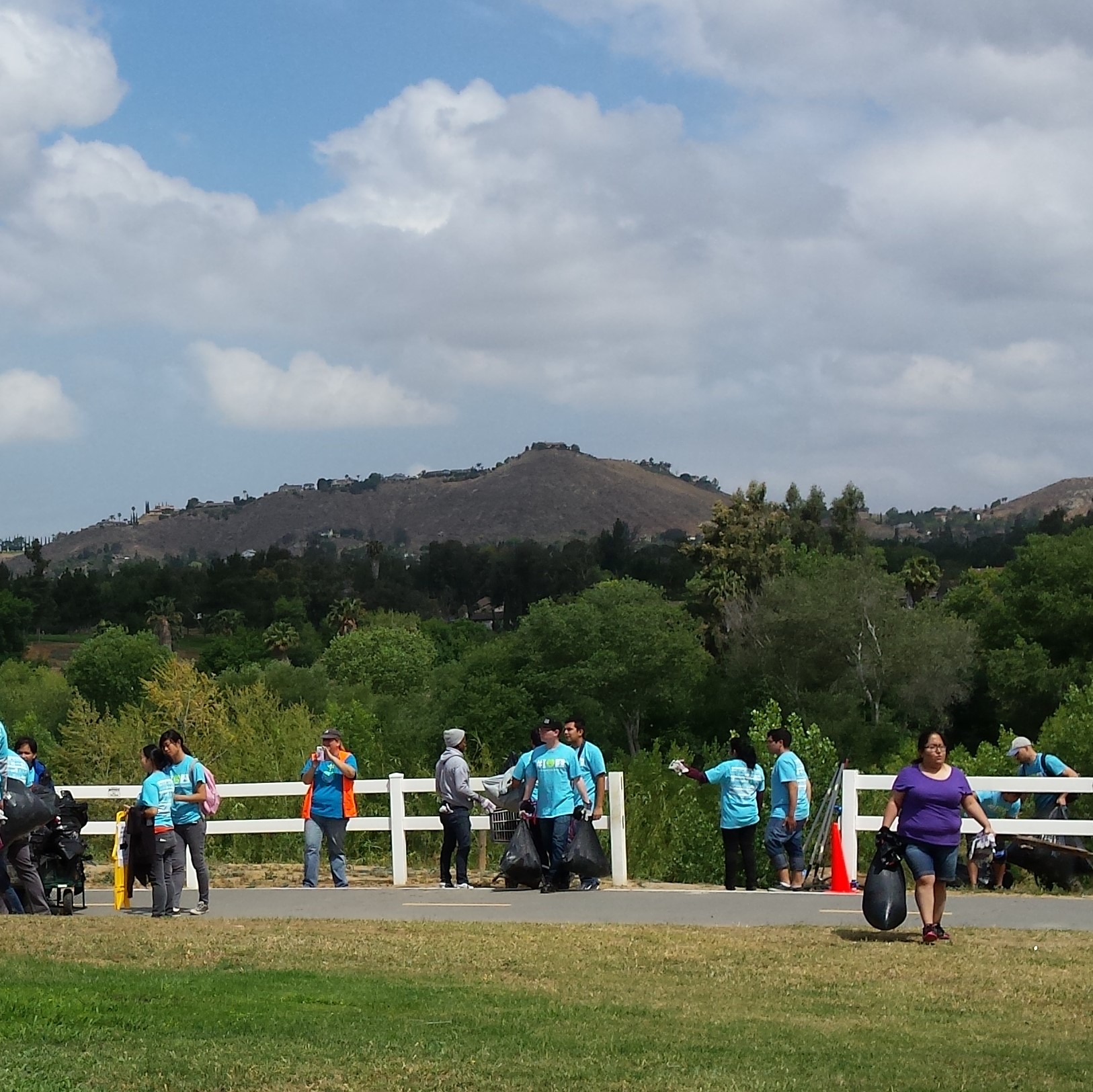 By early noon, we concluded the cleanup and thanked every hard-working volunteer for their time and dedication to restoring a portion of the river. Those who were interested were invited to Riverside City Hall to celebrate the Great American Cleanup with Keep Riverside Clean and Beautiful, other team leaders and volunteers.