Inland Empire Waterkeeper is proud to partner with Arrowhead Brand Mountain Spring Water for a fourth year of Crest to Coast restorations. This year, Waterkeeper is targeting the Santa Ana's tributaries in Riverside and San Bernardino!
If you would like to help clean our waterways, please visit the Calendar to RSVP for an upcoming waterway cleanup! 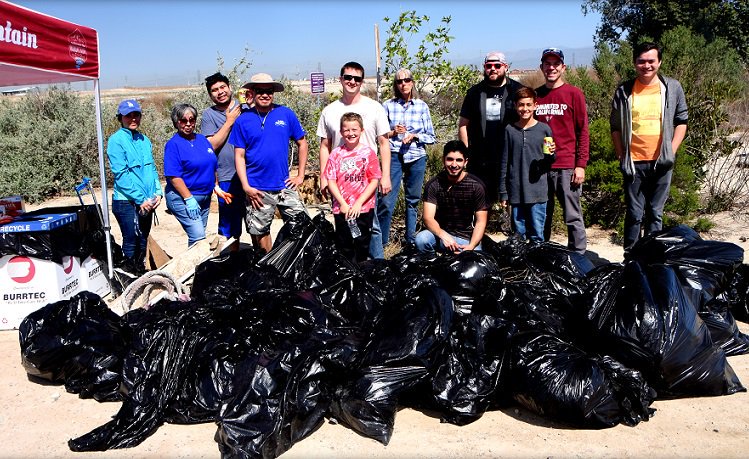 Waterkeeper, Crest to Coast partners, Arrowhead Water, and volunteers kicked off Earth month by heading back to where it all began four years ago, Mill Creek. In 2014, over 250 volunteers cleared 8,000 pounds of litter, trash, and other debris from this once neglected waterway. Since then, the light accumulation of single use items, as well as other litter from encompassing neighborhoods, required the attention of Crest to Coast. Volunteers picked litter from along the creek and windblown trash from the both sides of the waterway and removed nearly 500 pounds of trash from this creek. 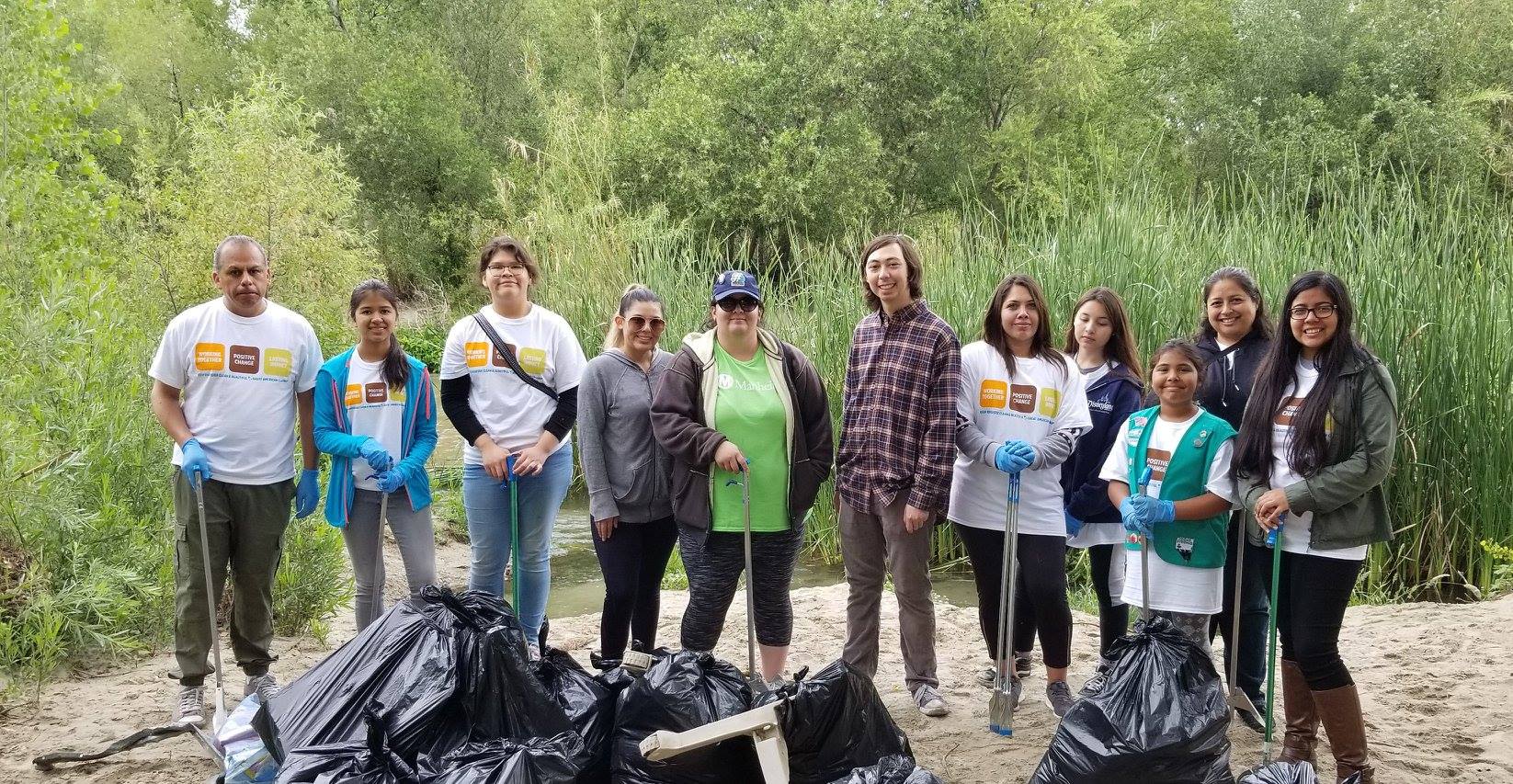 Crest to Coast partnered with Keep Riverside Clean and Beautiful to take part in the annual Great American Cleanup! Waterkeeper led a team of 15 individuals to the Santa Ana River at McLean Park to remove litter along the bank. In total, 900 volunteers removed over 15,000 pounds of trash from 39 sites for this nationwide cleanup event. 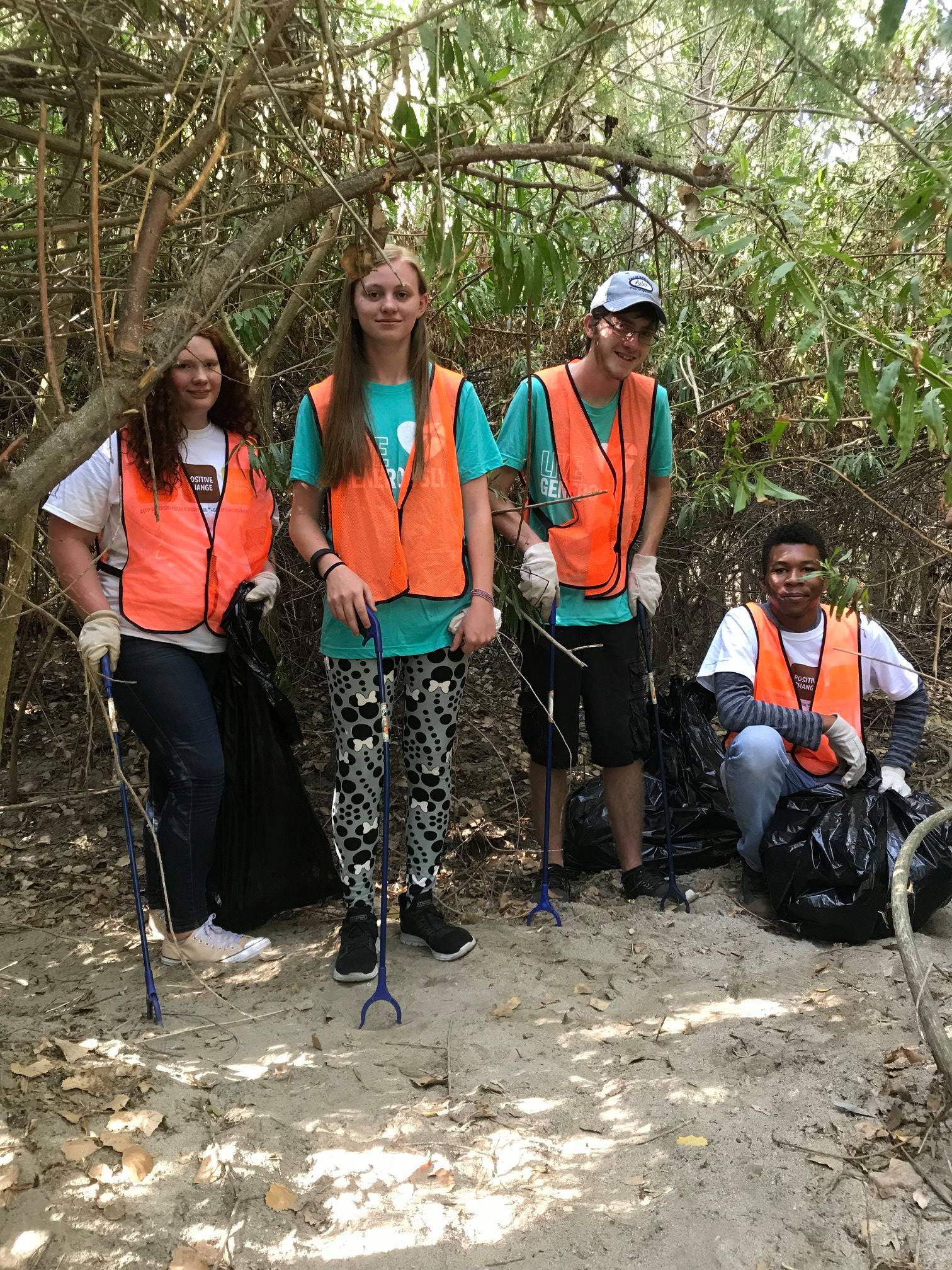 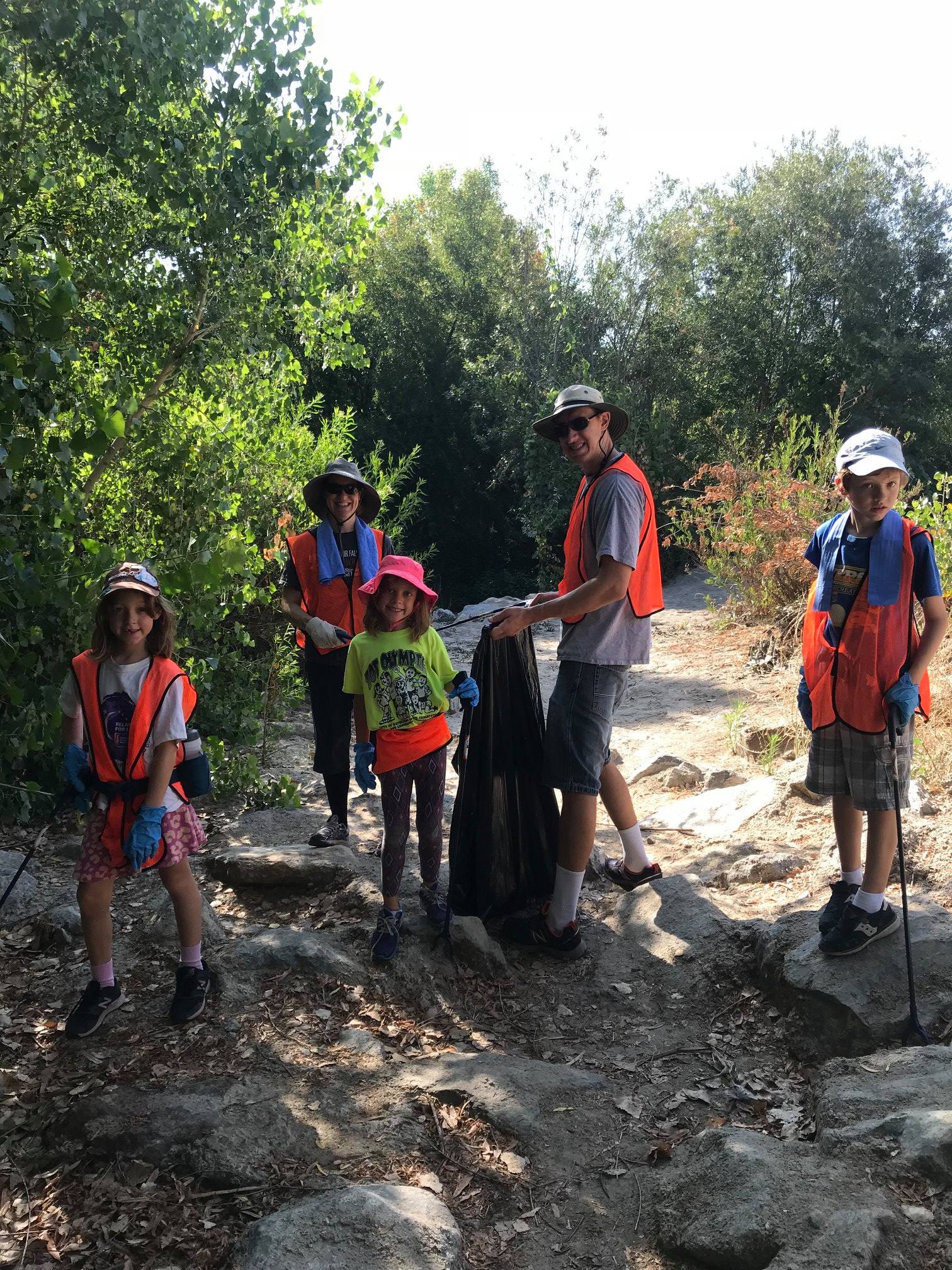 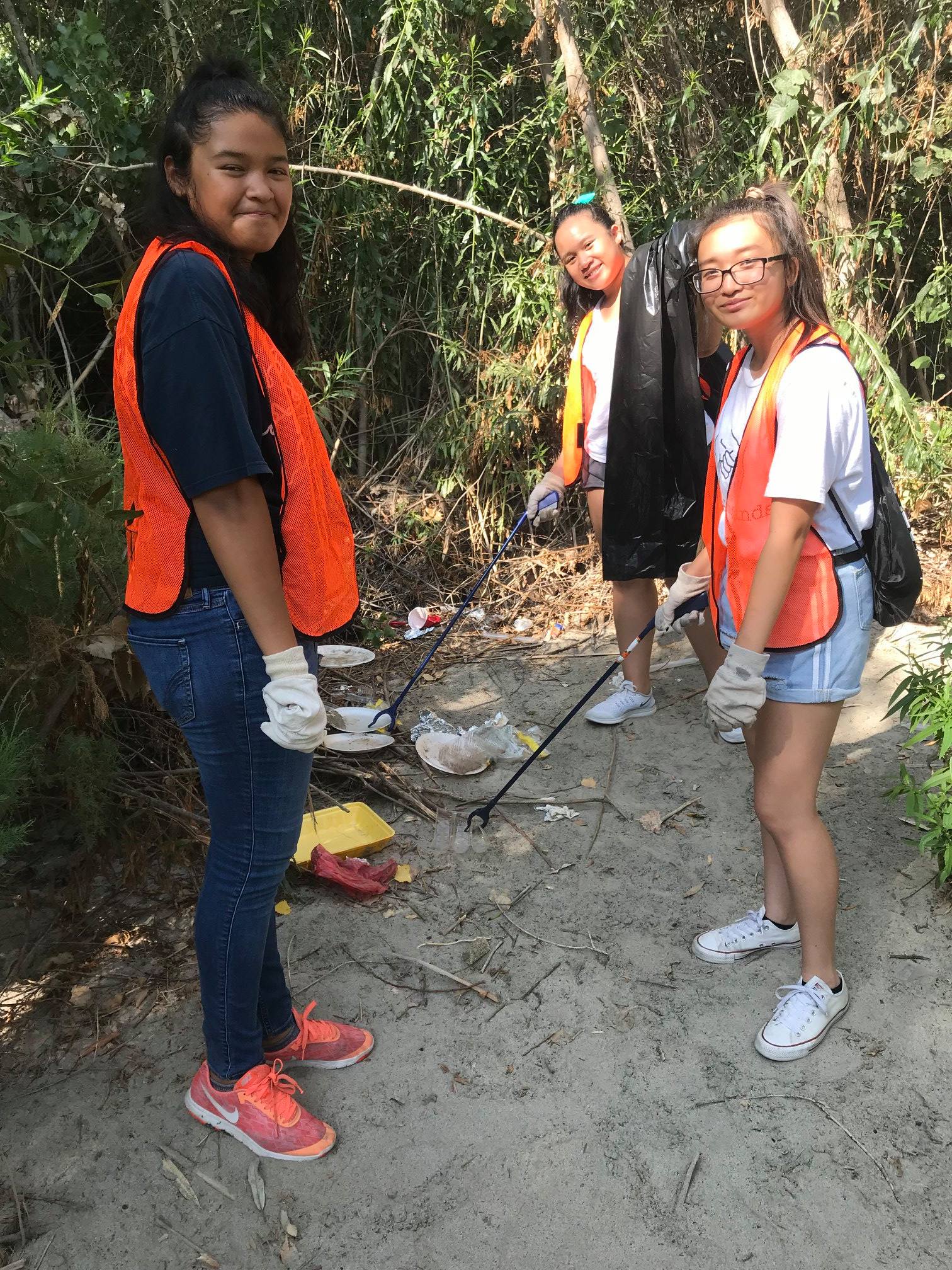 Waterkeeper joined friends of Crest to Coast, Keep Riverside Clean and Beautiful, for their Ward 3 beautification project at the river at McLean Park. Waterkeeper and nearly 30 students from Wisconsin (through the 4-H program!) helped to remove litter from the banks and riparian trails of the Santa Ana River. Together 137 volunteers removed nearly 2,000 pounds of trash from Ward 3 communities in Riverside!

A total of 52 Arrowhead and Ready Refresh employees, their families and a few community volunteers joined us for the 34th annual Coastal Cleanup Day at Huntington State Beach. Together the team removed over 150 pounds of trash from our site which include styrofoam pieces, straws, forks/spoons, and cigarette butts. Following the event, families joined in on the fun by competing in sack races and other relay games! Overall, the cleanup team was part of the 53,000 volunteers that helped to pick up 367 tons of trash from California's coastline! 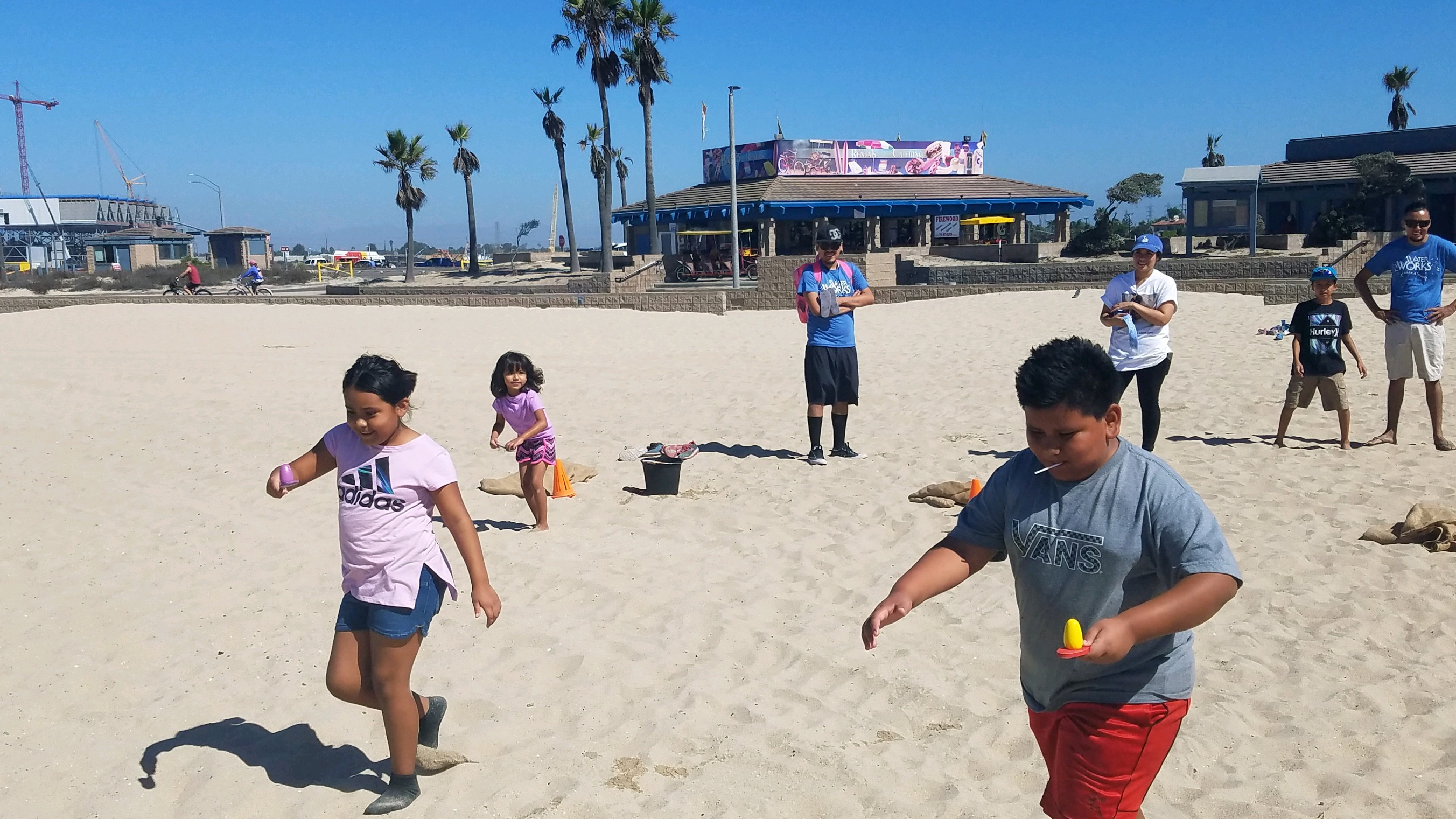 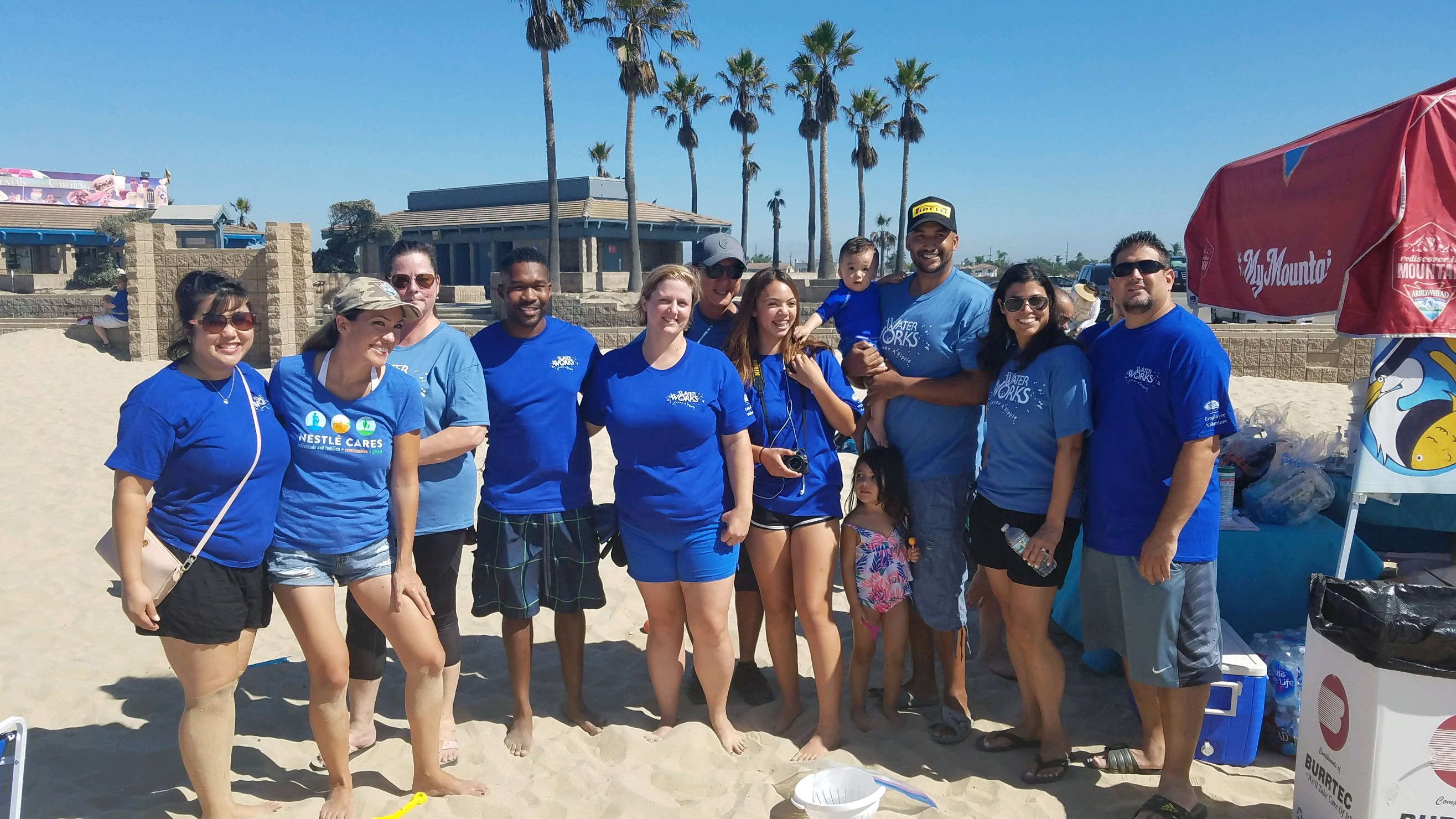 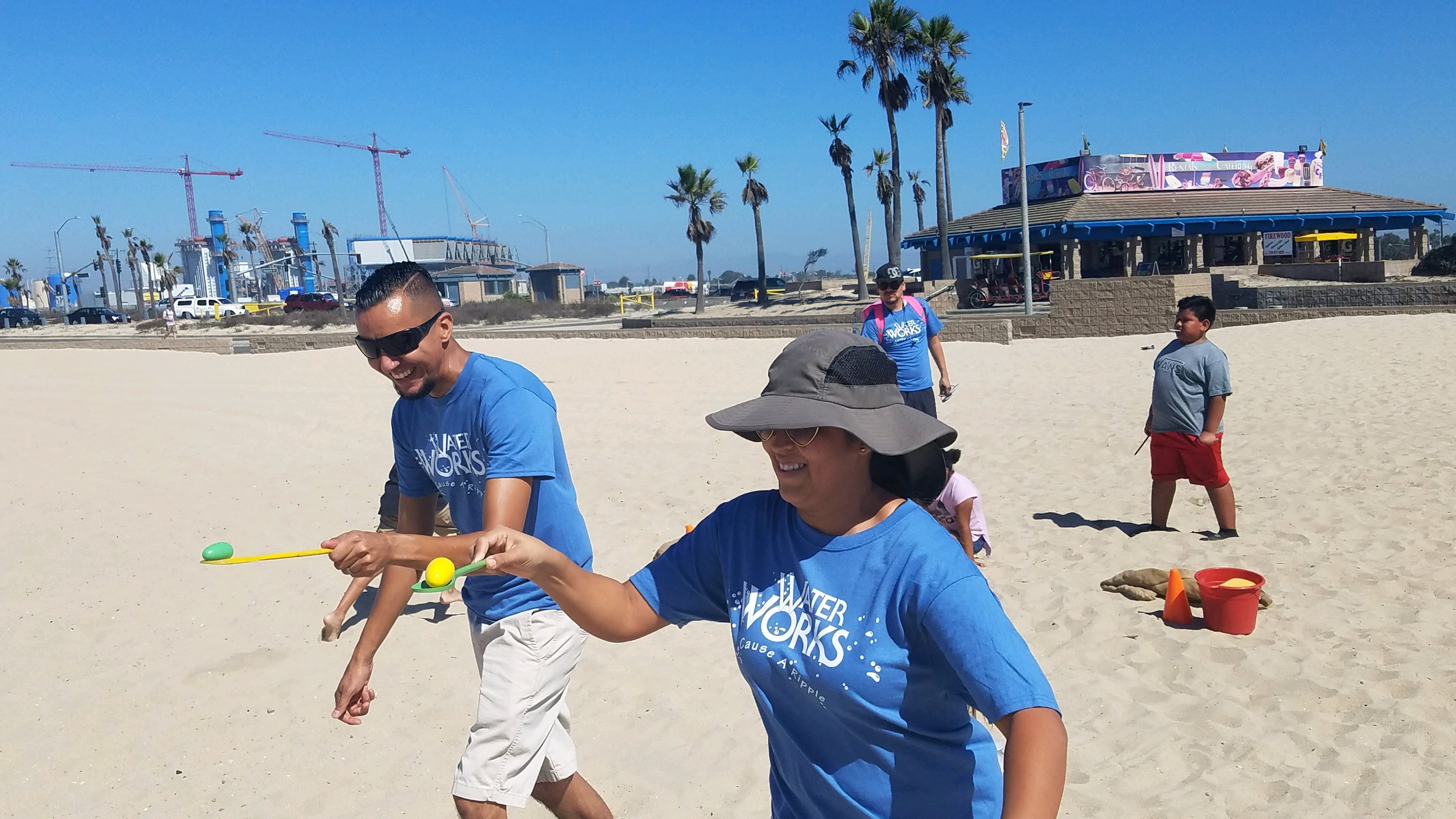 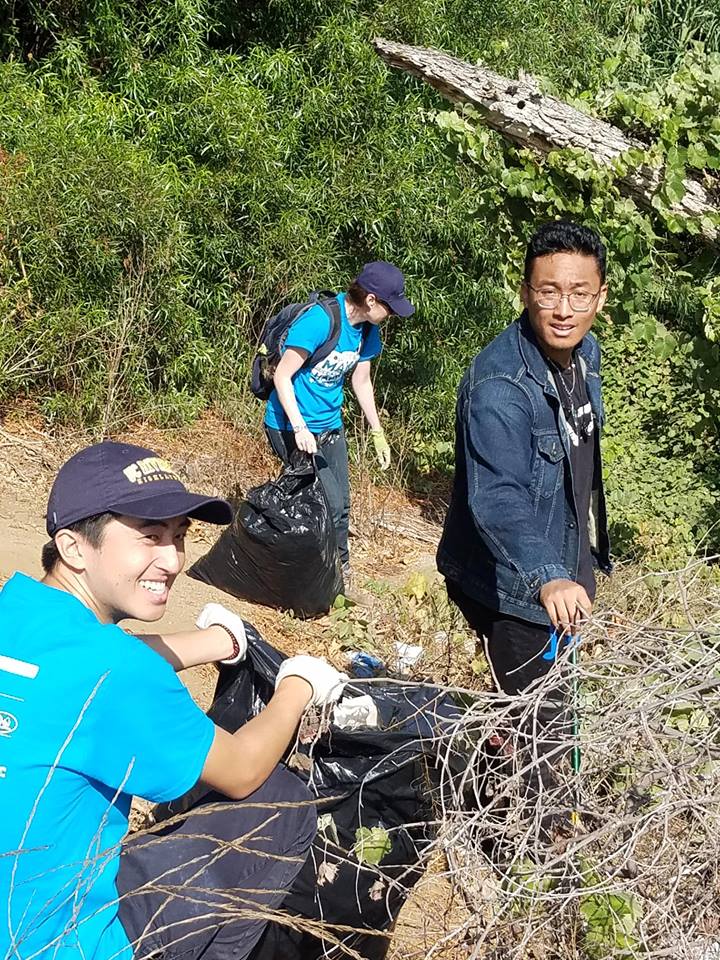 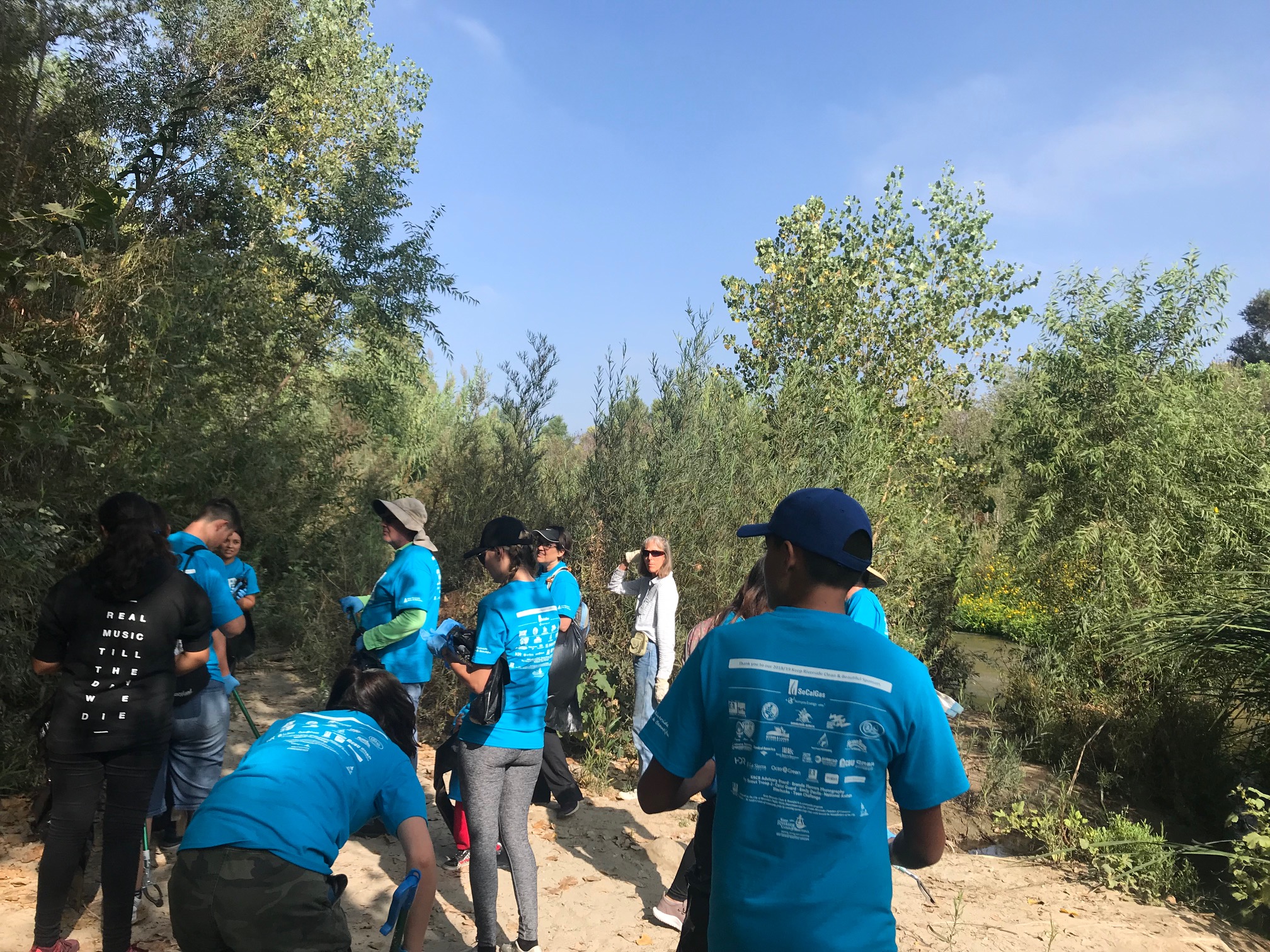 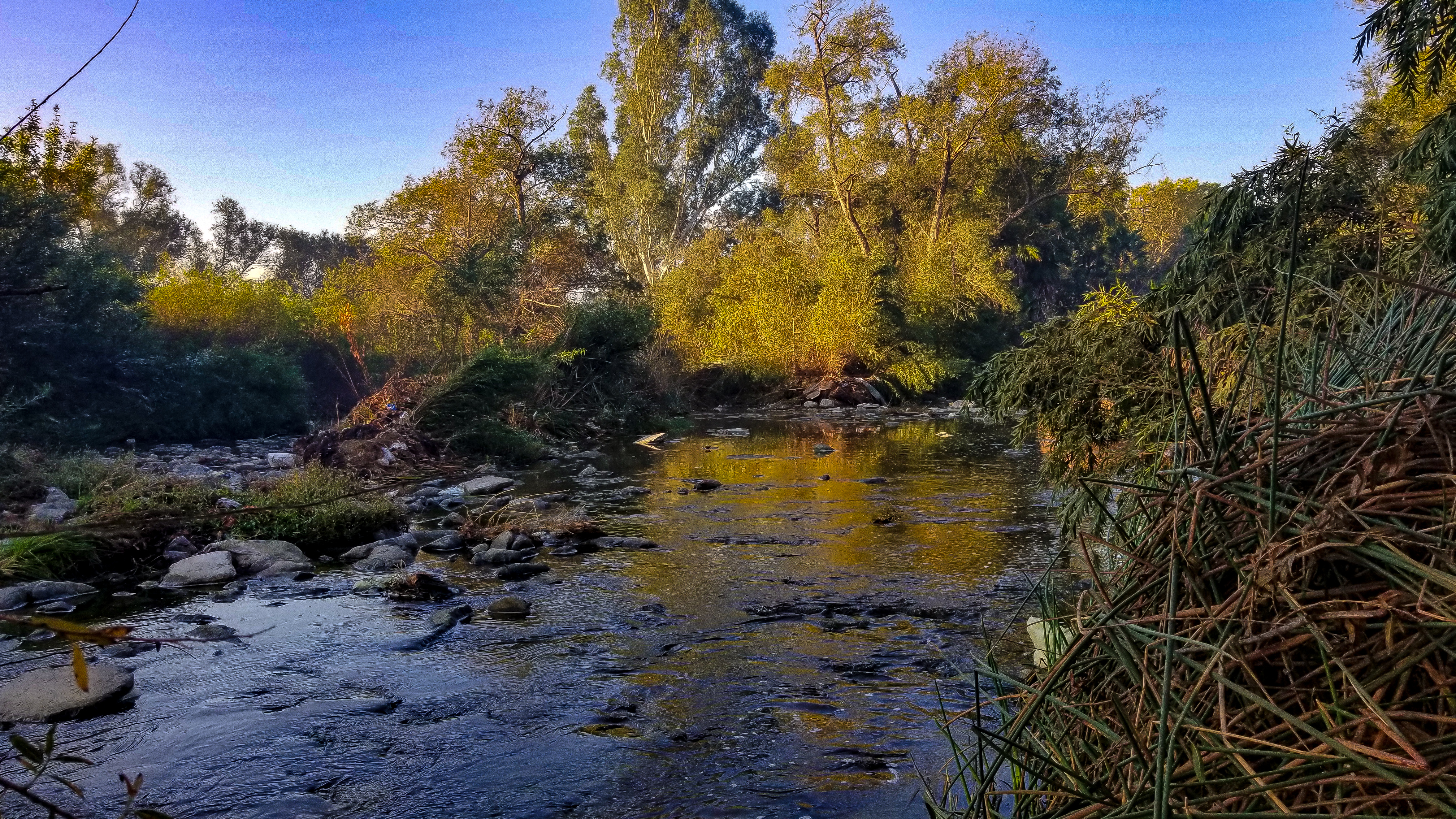 Crest to Coast 2018 wrapped up with a cleanup at Cucamonga Creek! Eager volunteers arrived on site prepared to get wet and dirty to help protect this tributary of the Santa Ana River.  Adults and kiddos entered the riparian vegetation to relieve the litter brought in from upstream due to recent storms in the area as well as to remove the trash that has accumulated in the area since our last cleanup earlier this year. Overall, families and volunteers removed over 350 pounds of litter! 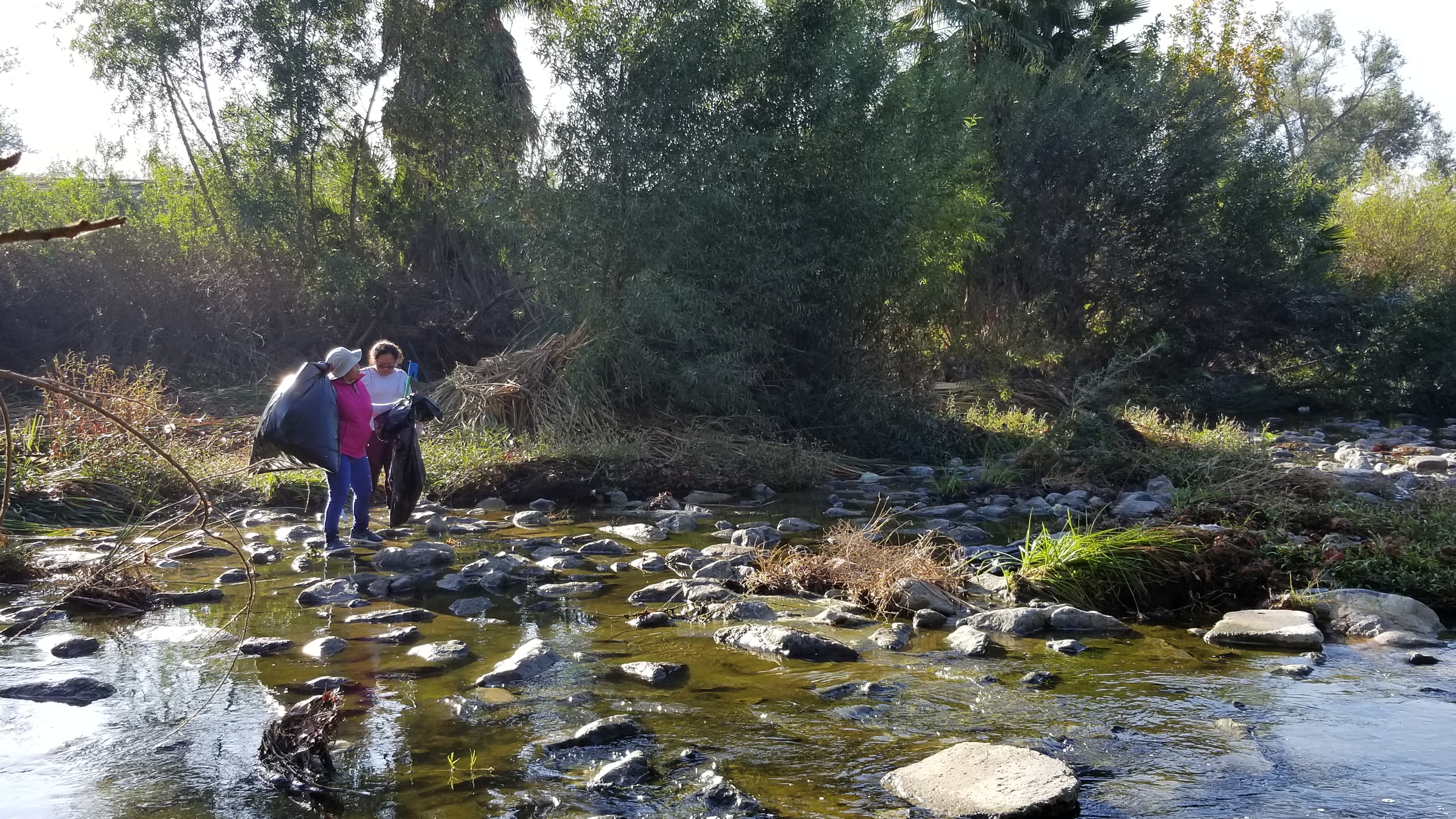