Inland Empire Waterkeeper is proud to partner with Arrowhead Brand Mountain Spring Water for third year of Crest to Coast restorations. This year, Waterkeeper hopes to encourage at least two cities, with the most polluted waterways, to reduce the amount of litter found along the watershed by adopting the Clean Up Riverside's Environment program. We will accomplish this by using the information collected from the California Water Board's Rapid Trash Assessment protocol which allows Waterkeeper to evaluate the sources and types of litter found at restoration sites.
If you would like to help clean our waterways, please visit the Calendar to RSVP for an upcoming restoration event! 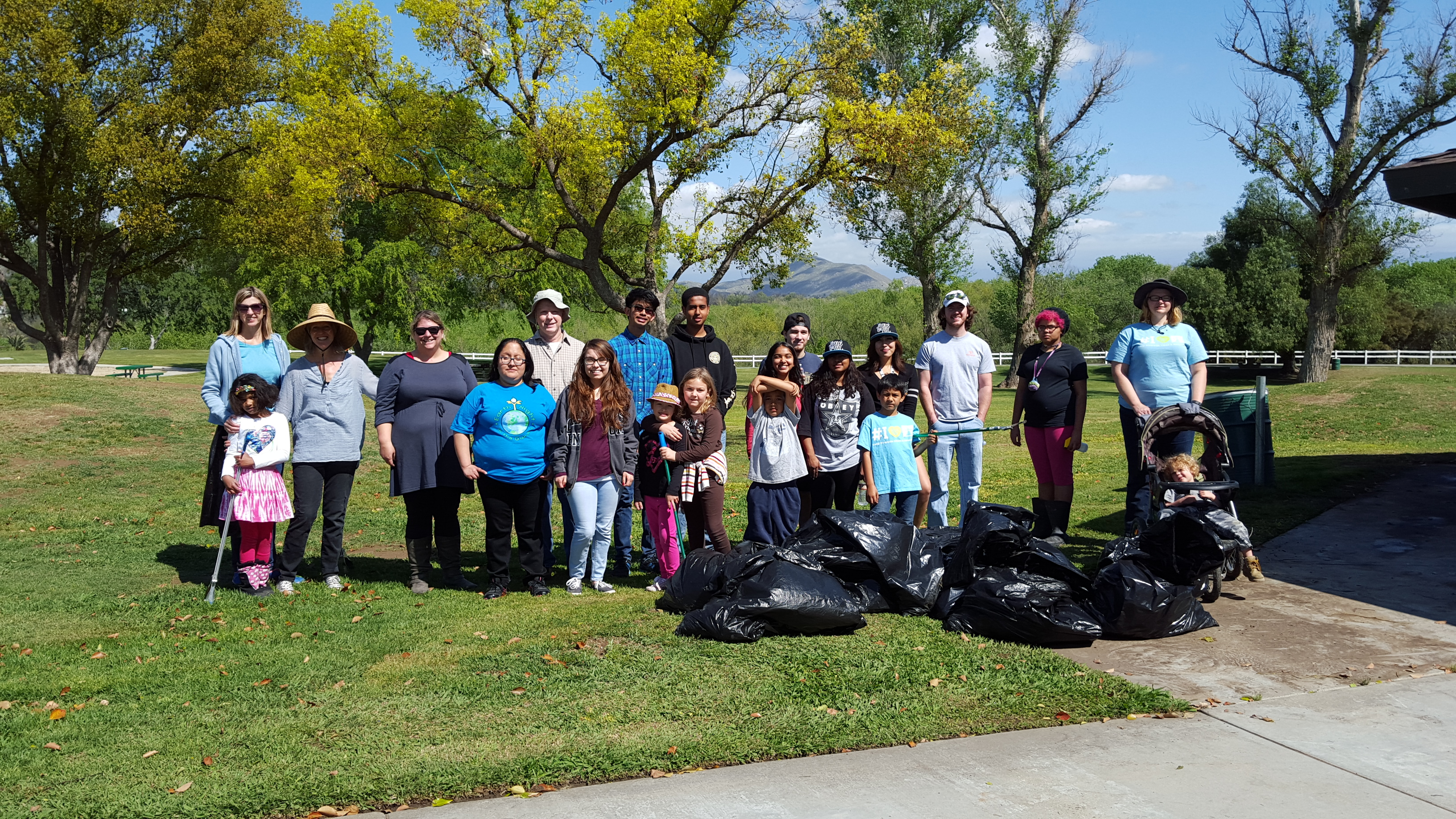 Waterkeeper staff, Arrowhead Mountain Spring Water employees, and community volunteers gathered at McLean Park to clean the trails along the Santa Ana River after a rain event earlier that week. Staff explained to young children the importance of staying away from waterways after rainstorm by using an interactive watershed diorama that demonstrates how stormwater is not filtered and toxic chemicals, litter, and bacteria enters the river and is eventually carried to the ocean.

By the end of the day, volunteers filled bags with debris including plastic wrappers, bottles, and nearly 50 spray paint cans from the trails along the Santa Ana River! 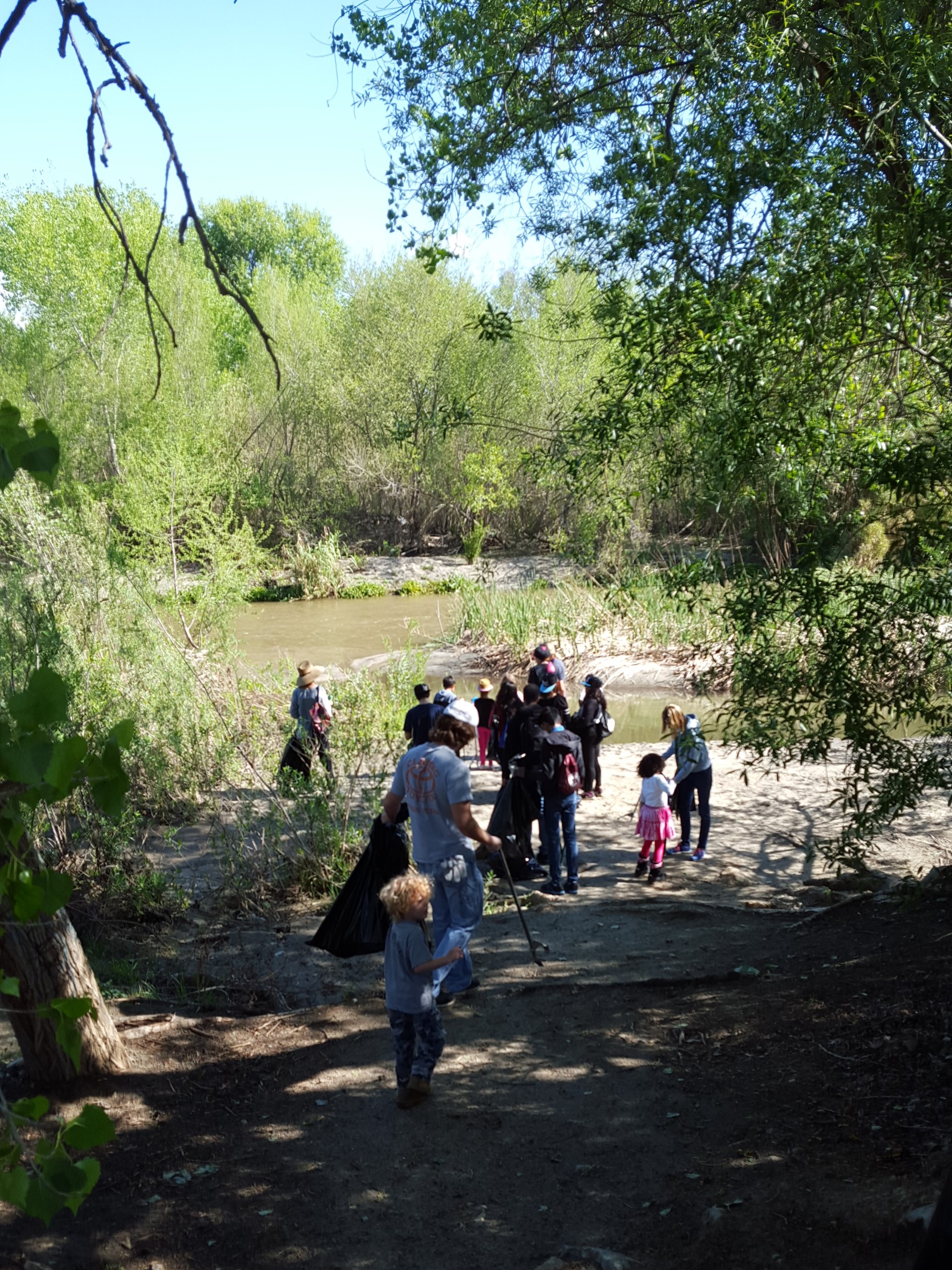 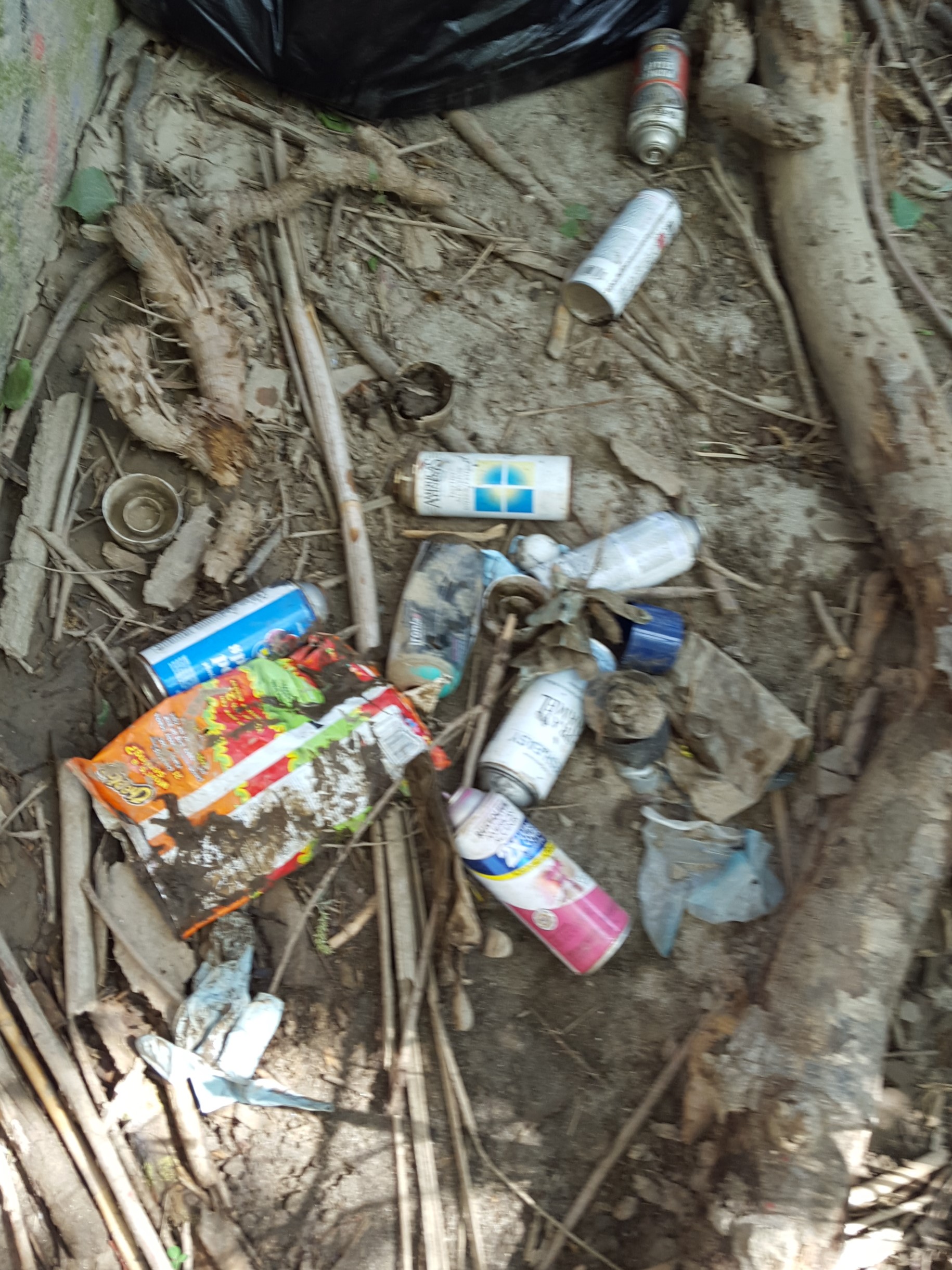 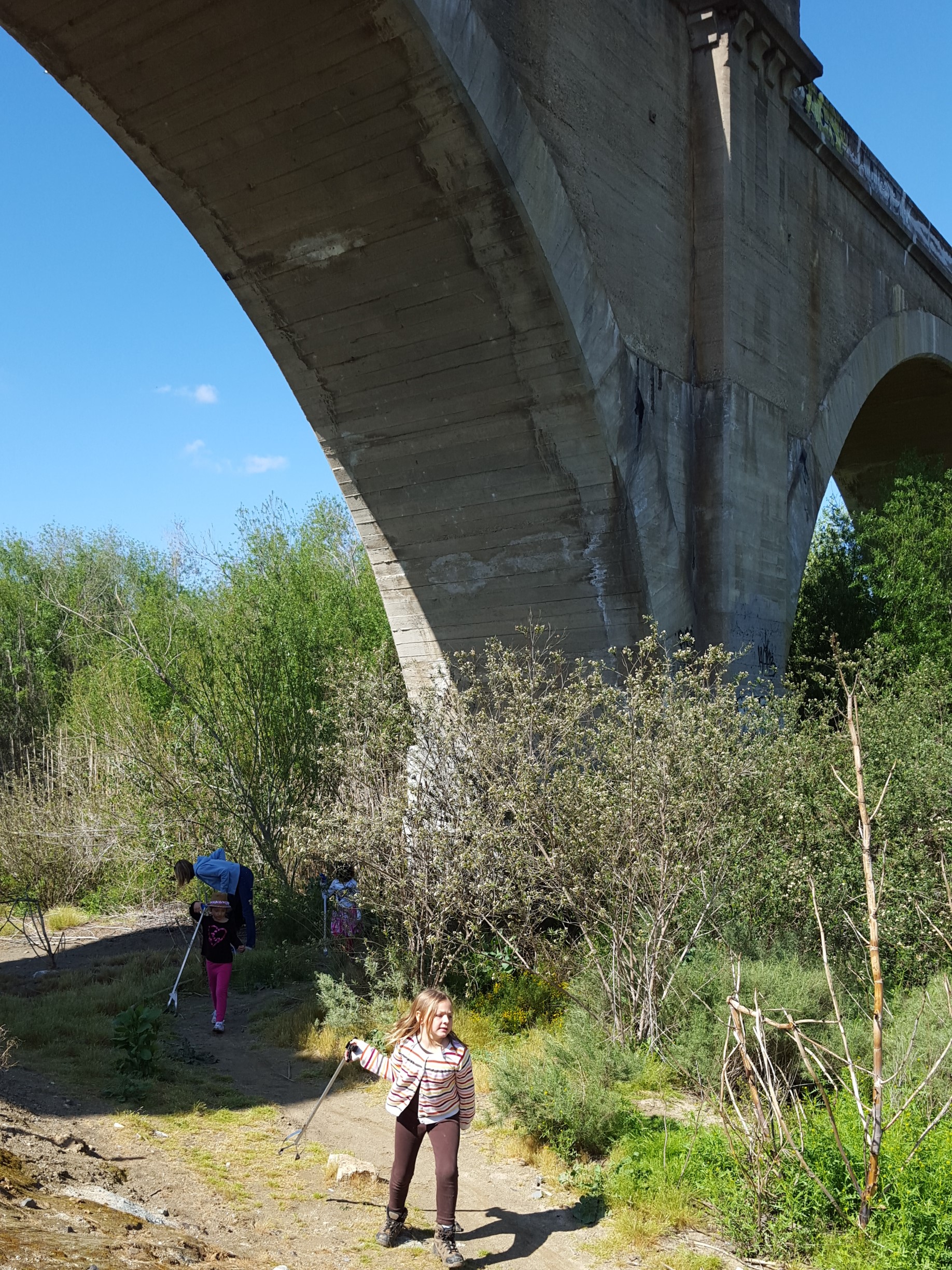 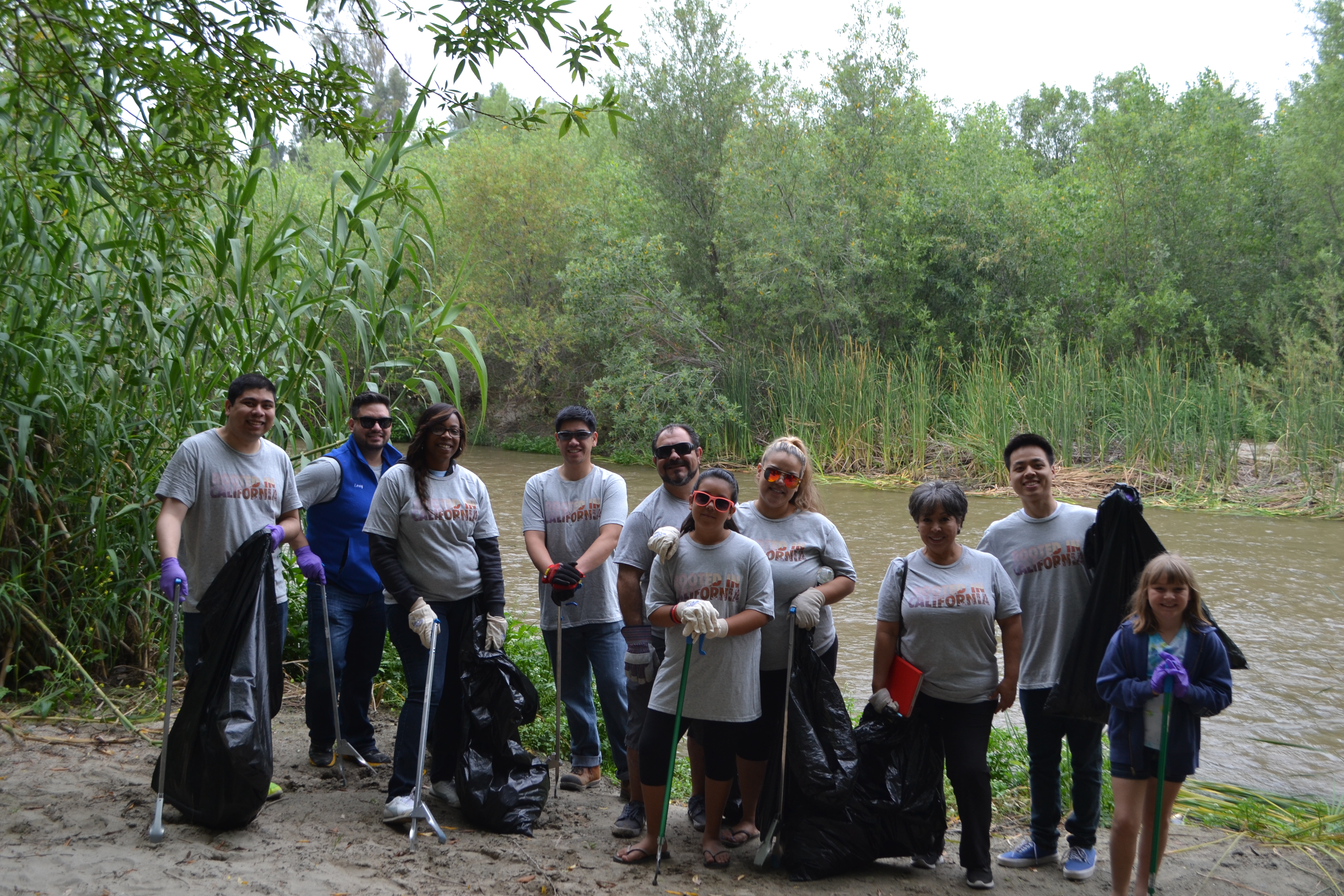 Arrowhead Brand Mountain Spring Water families took part in the national, Great American Cleanup at McLean Park in Riverside. Families cleaned the bike trail as they made their way to the Santa Ana River. Once at McLean Beach, Arrowhead Water employees learned about native and endangered flora and fauna as they headed into the riparian forest to clear it of litter and debris along the river bank.

Over twelve bags of diapers, food wrappers, and other litter were cleared from the site. A tire was also removed from the Santa Ana River! Thank you to all who participated in this national event dedicated to preserving our environment as well as our waterways! 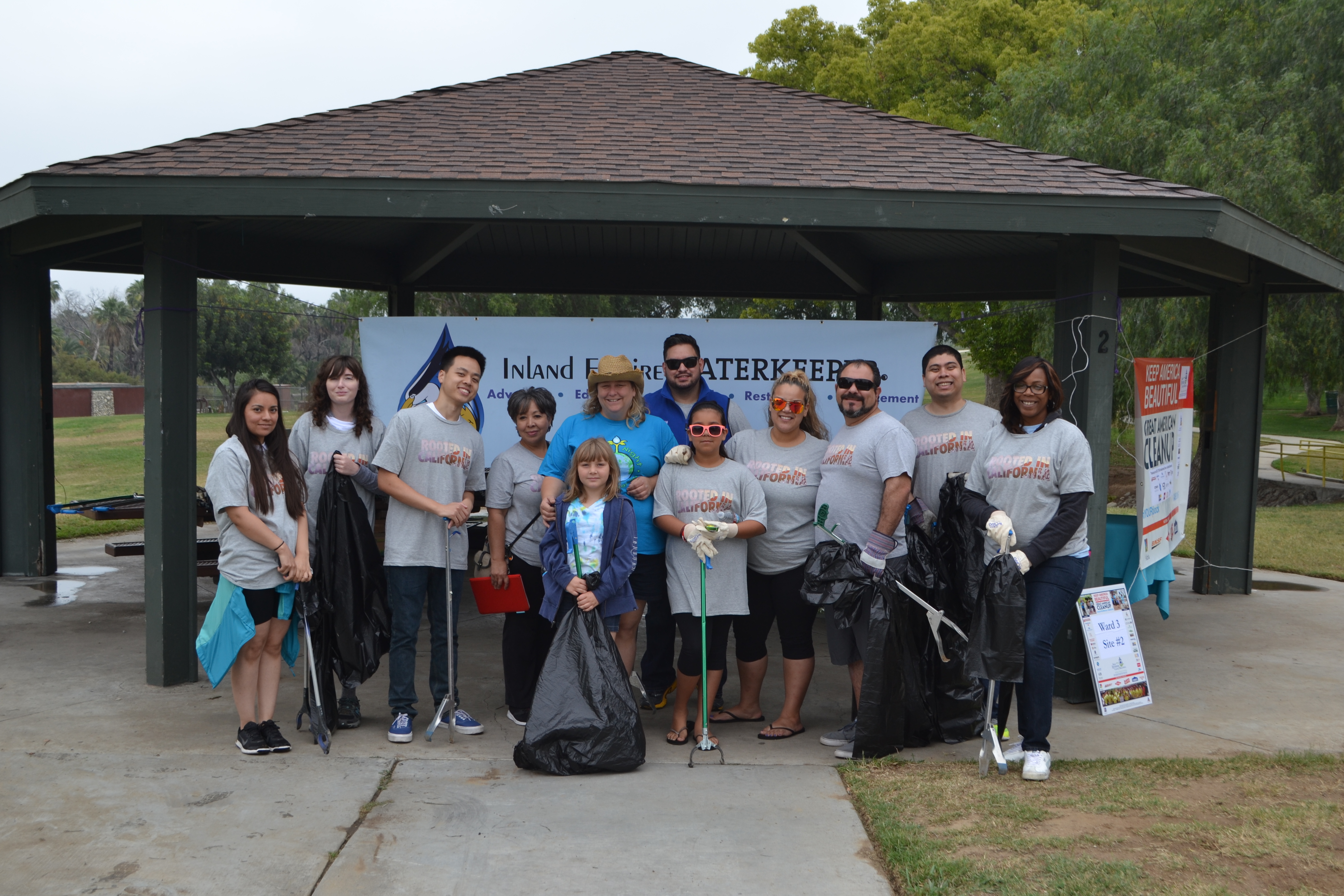 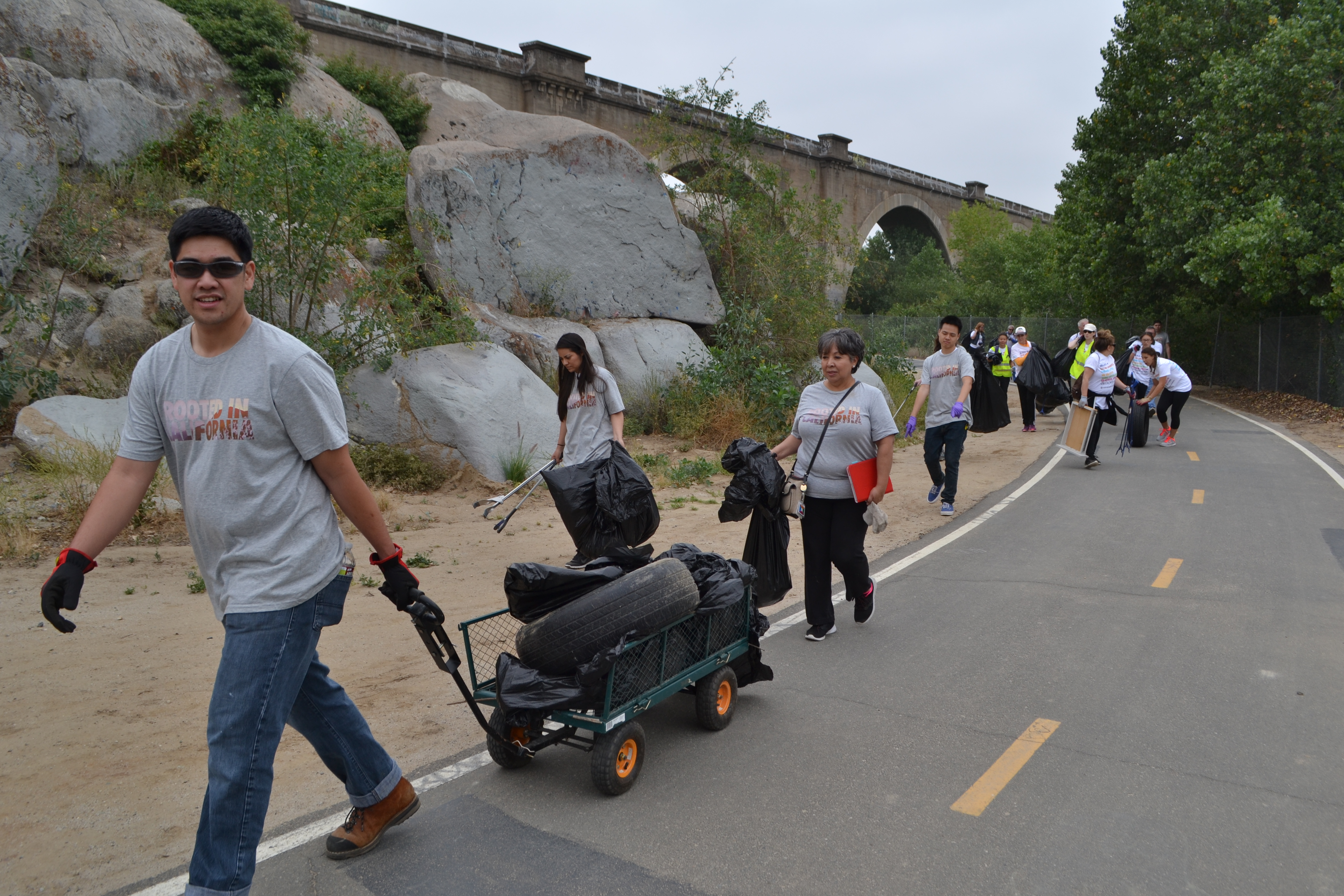 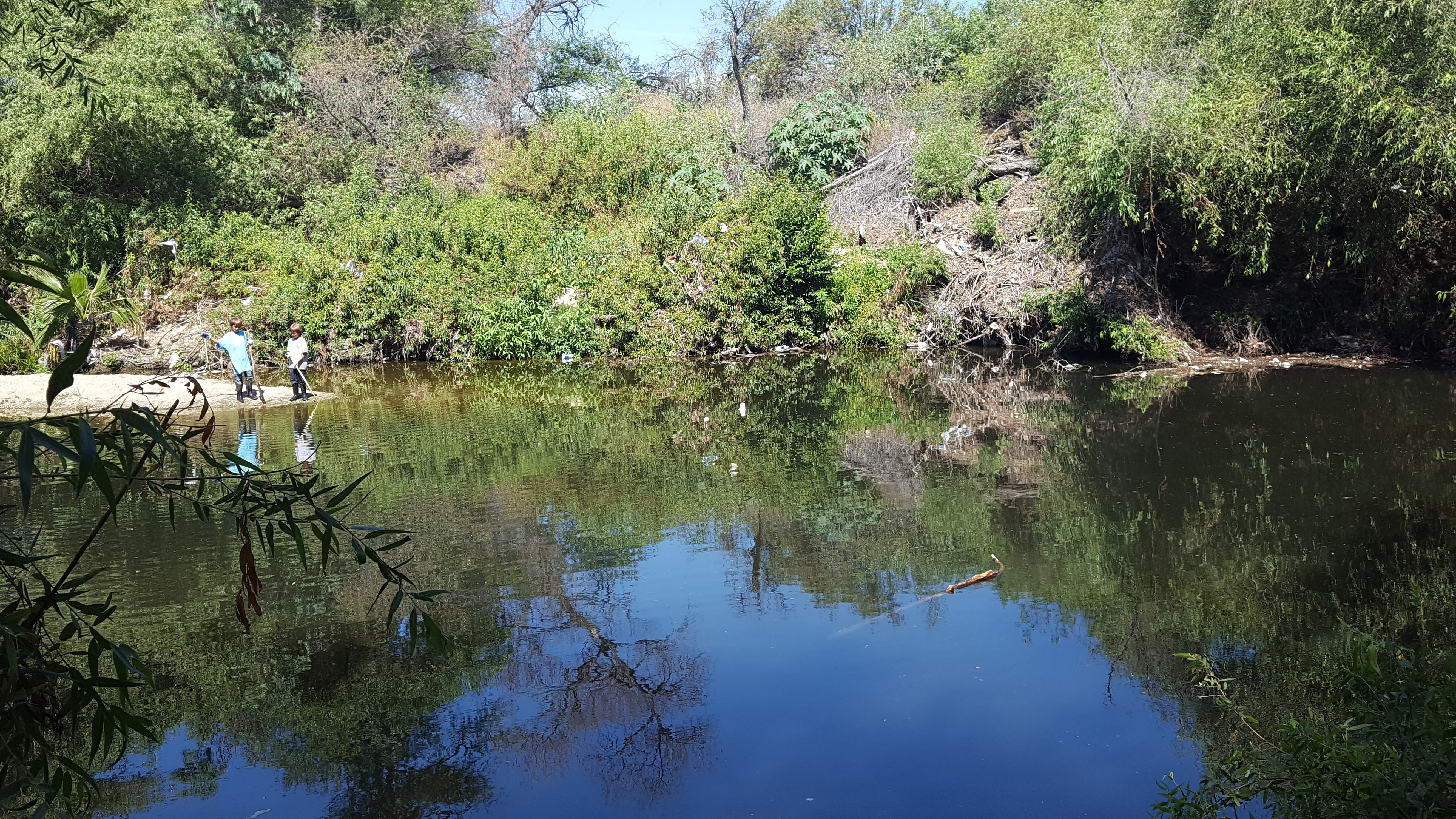 Over thirty community volunteers and Arrowhead Brand Mountain Spring Water employees and their families took part in the Crest to Coast restoration of Mill Creek! 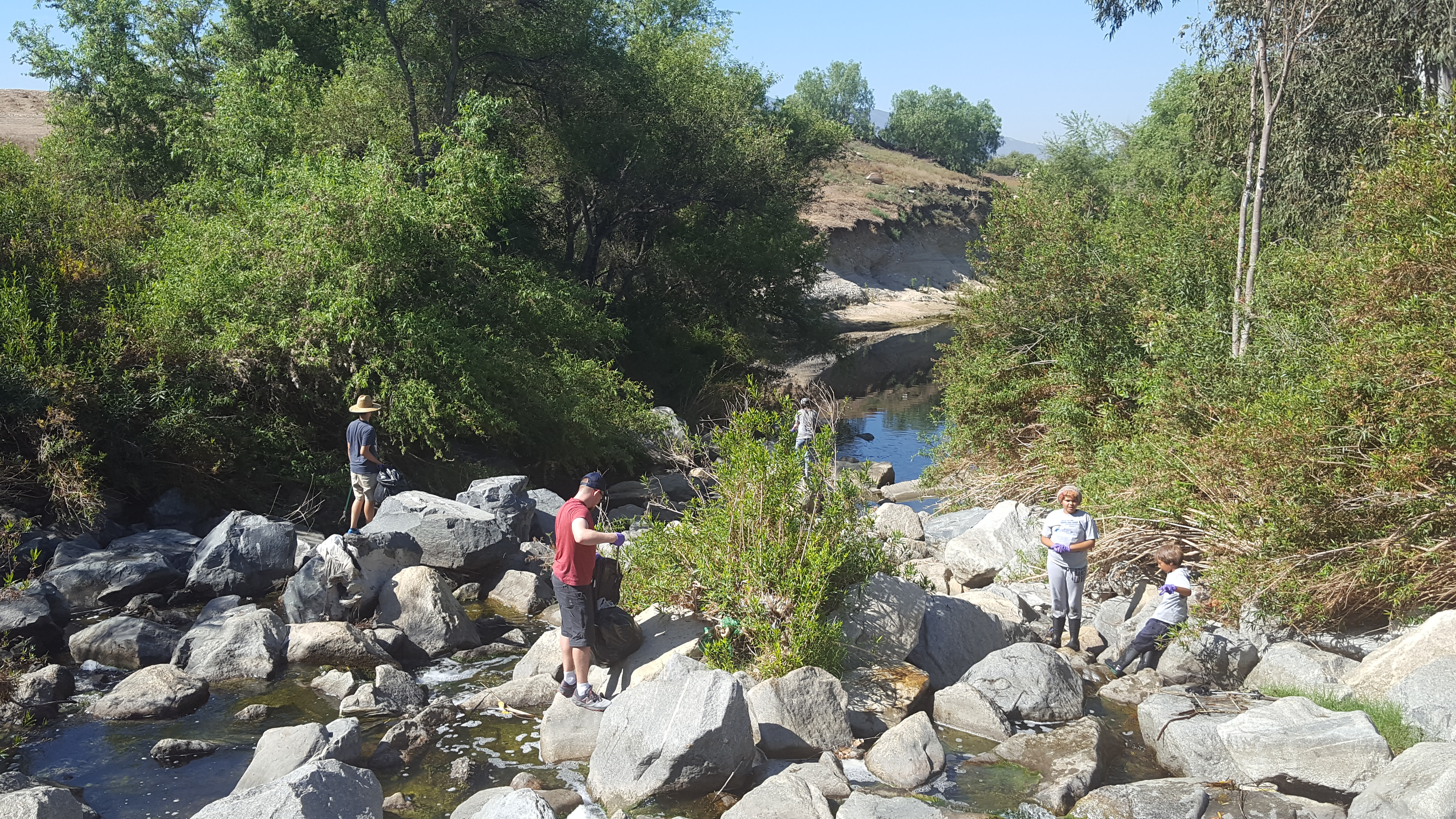 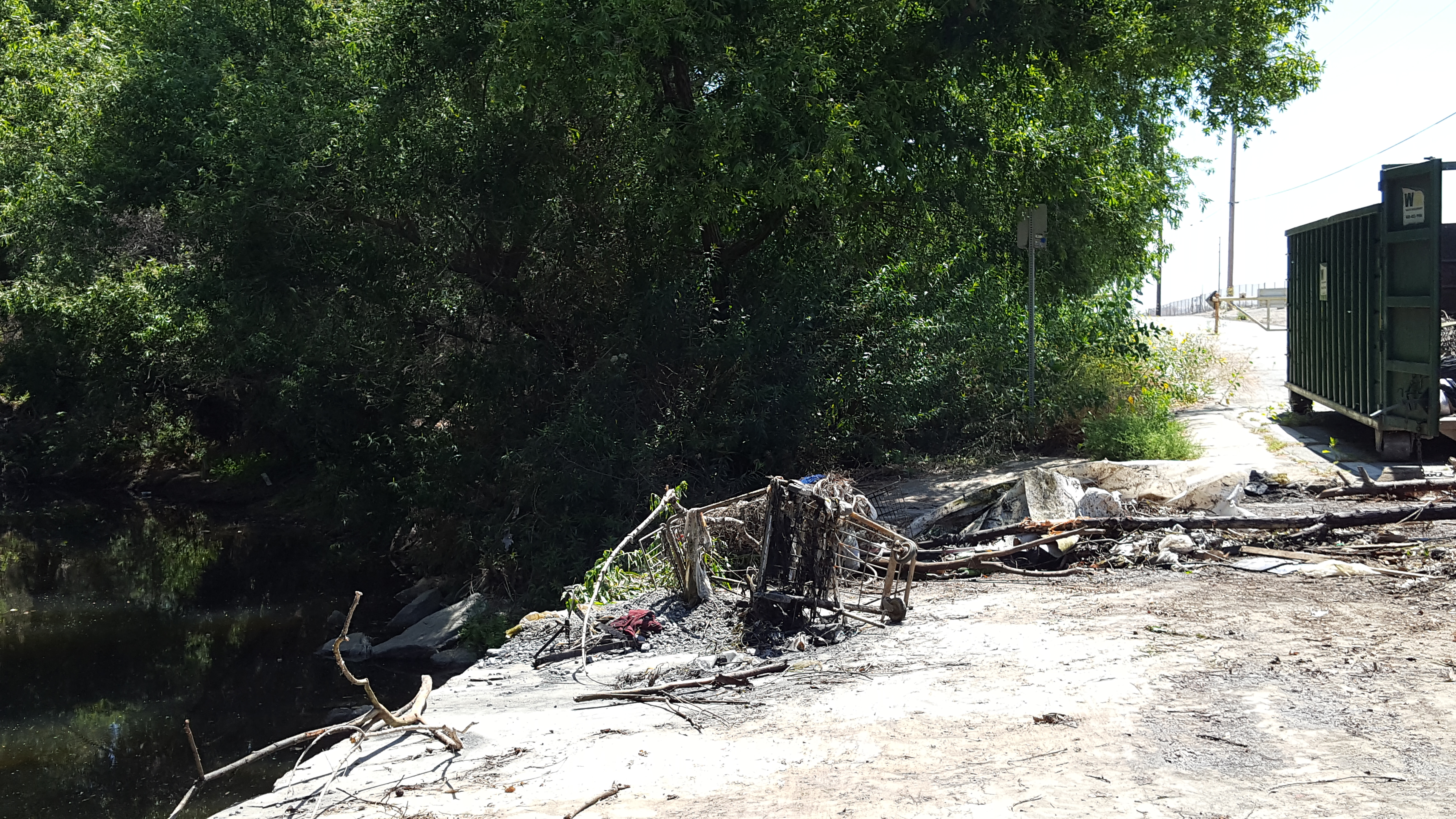 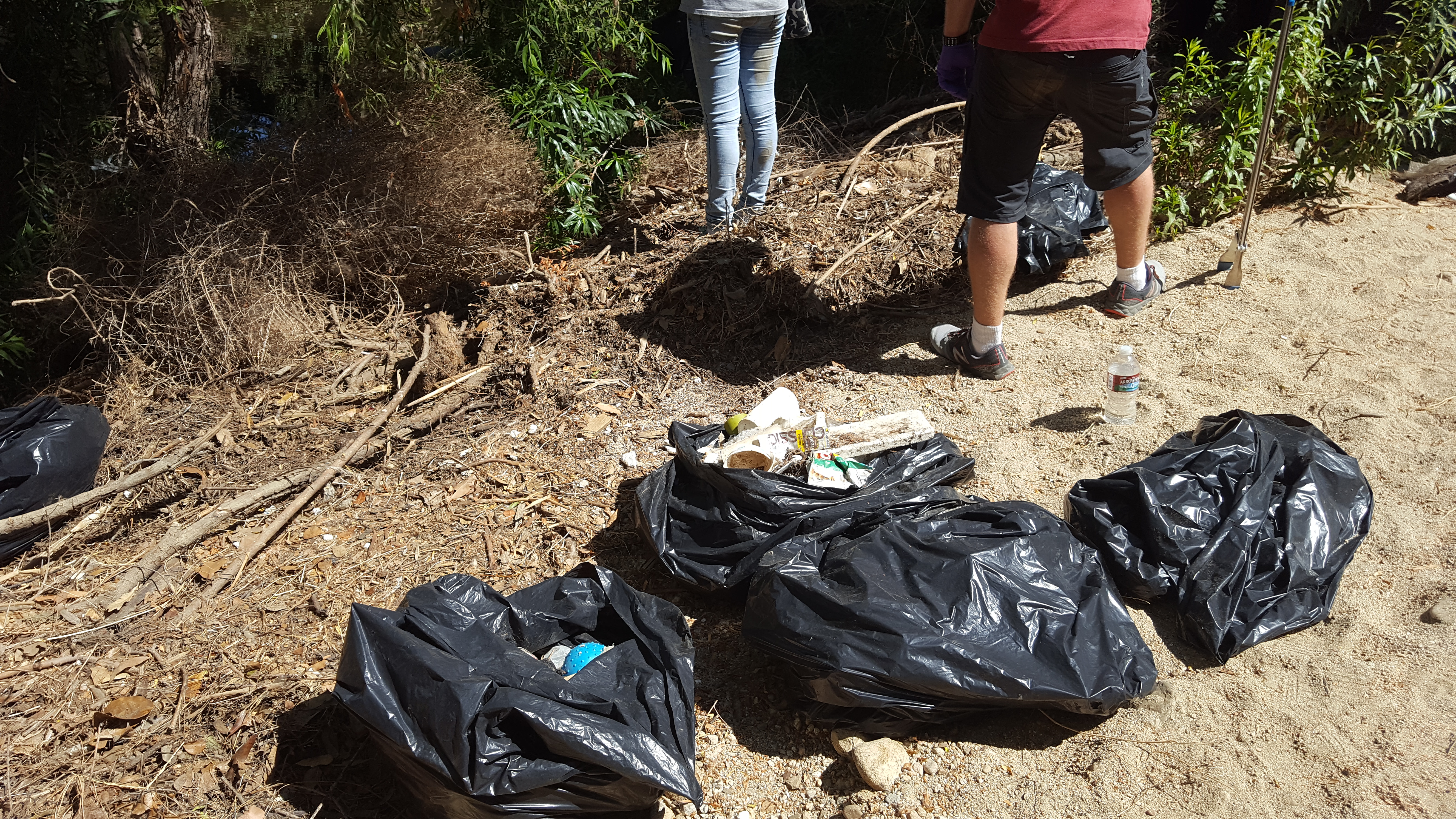 Over the past two years amazing volunteers and Arrowhead Water employees have contributed to the removal of heavy debris from culverts that hindered water flow. This visit back to Mill Creek showed how culverts remained relatively clear and how fish have returned as they were spotted for the first time since the beginning of Crest to Coast project in 2014! 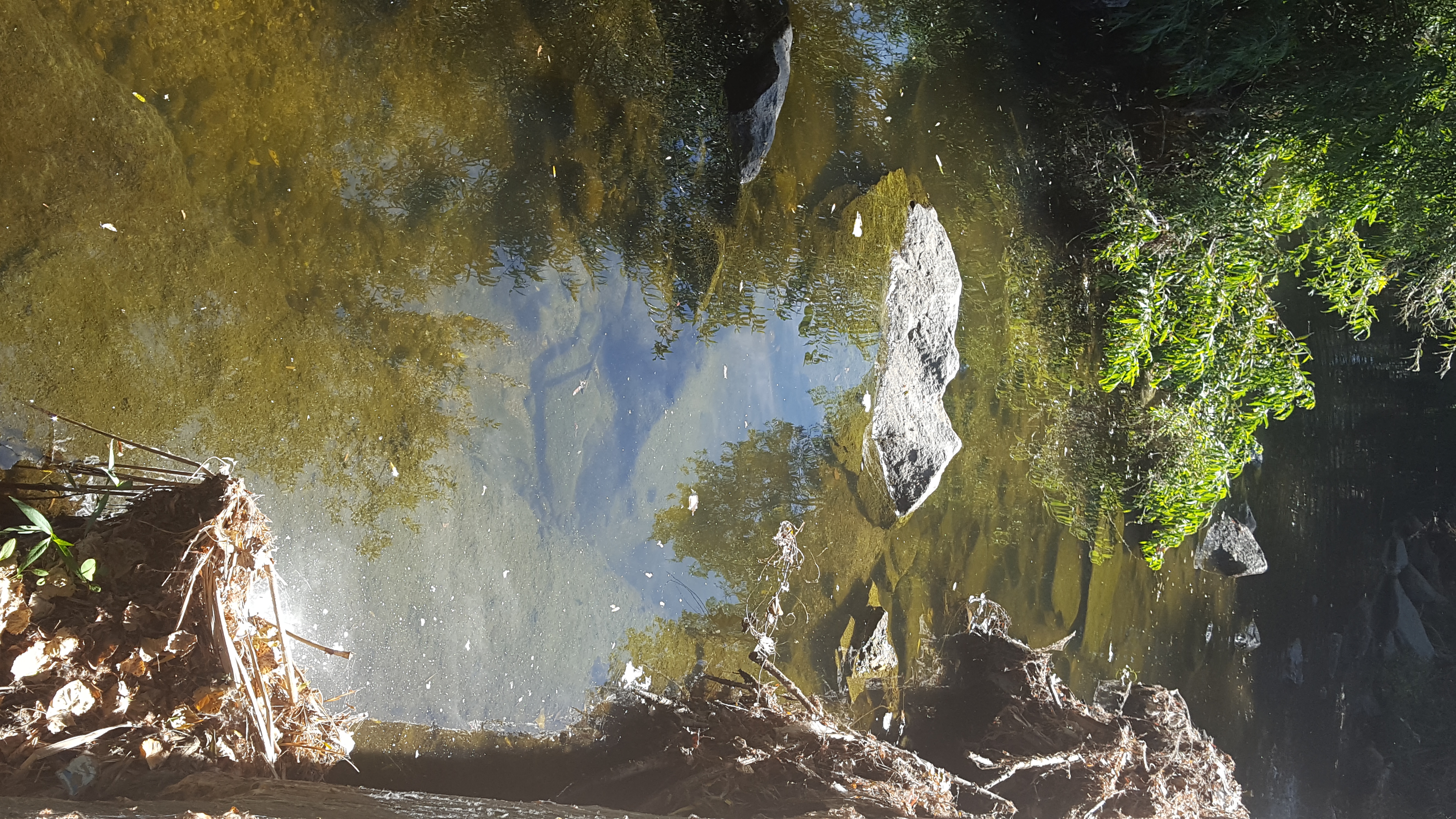 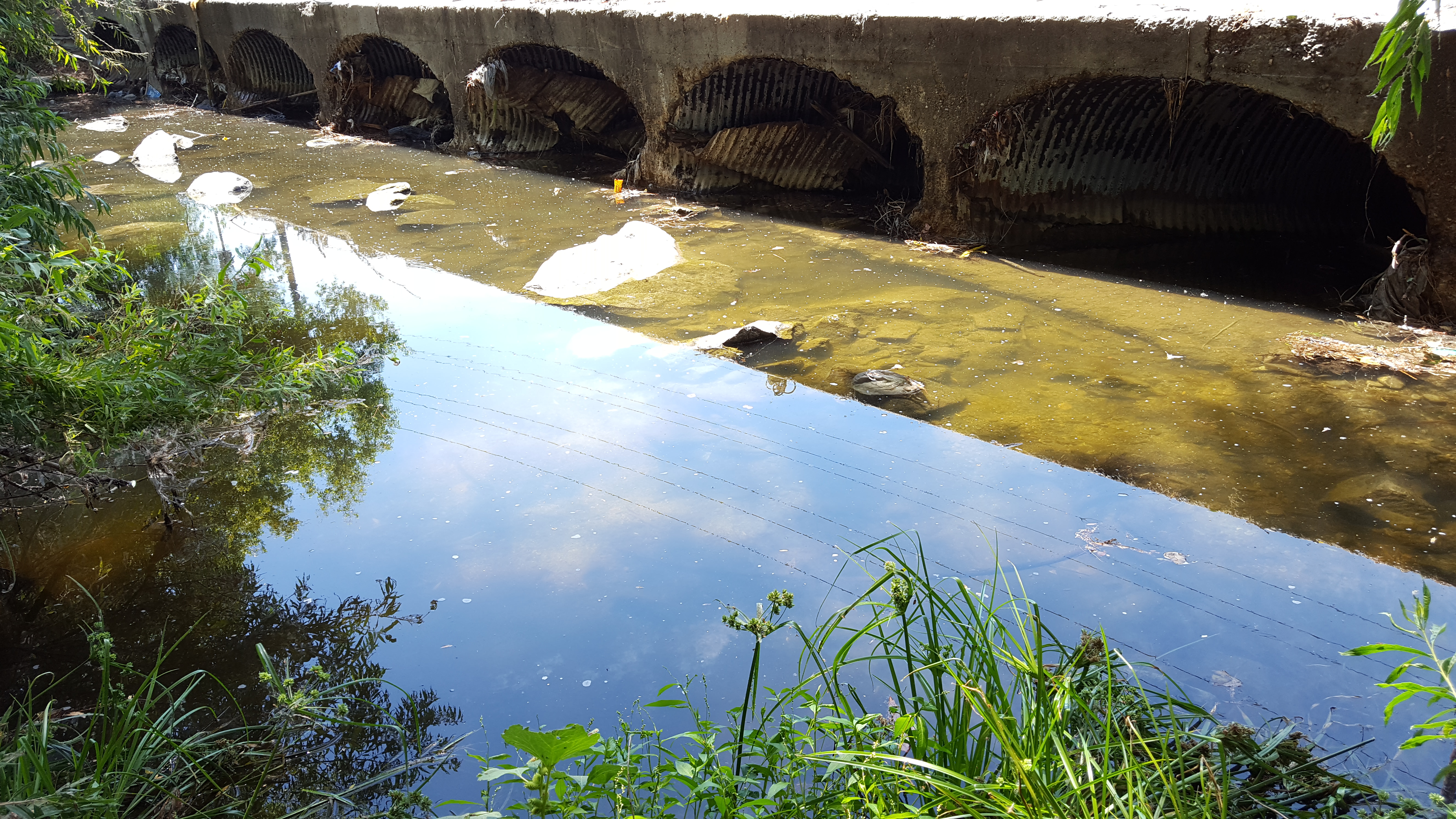 Many community volunteers took to the trails to remove litter and other trash that has accumulated in the riparian vegetation since this past, wet winter. Hidden trails were covered in hundreds of pieces of Styrofoam, plastic bags, and other hazardous items. 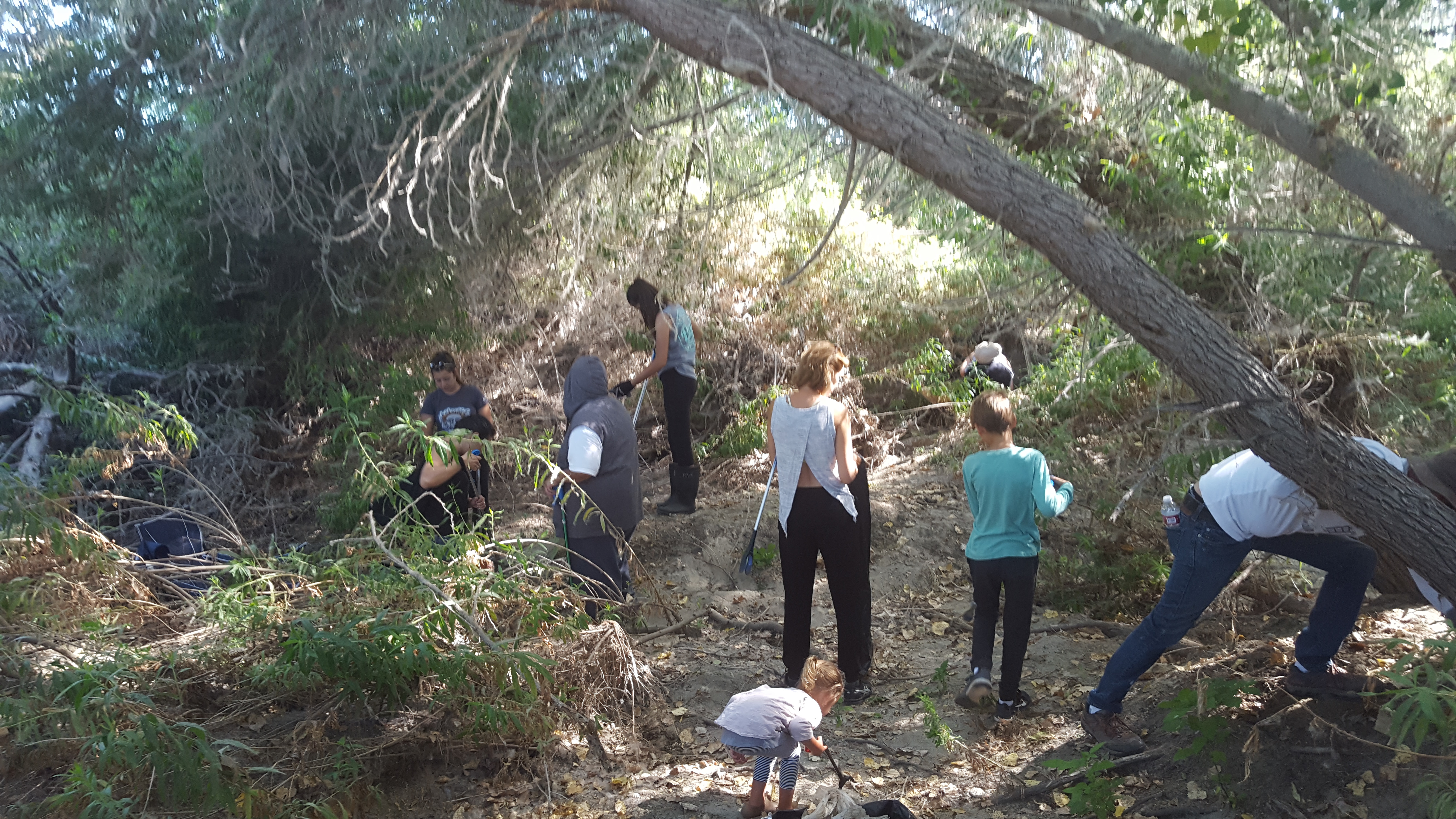 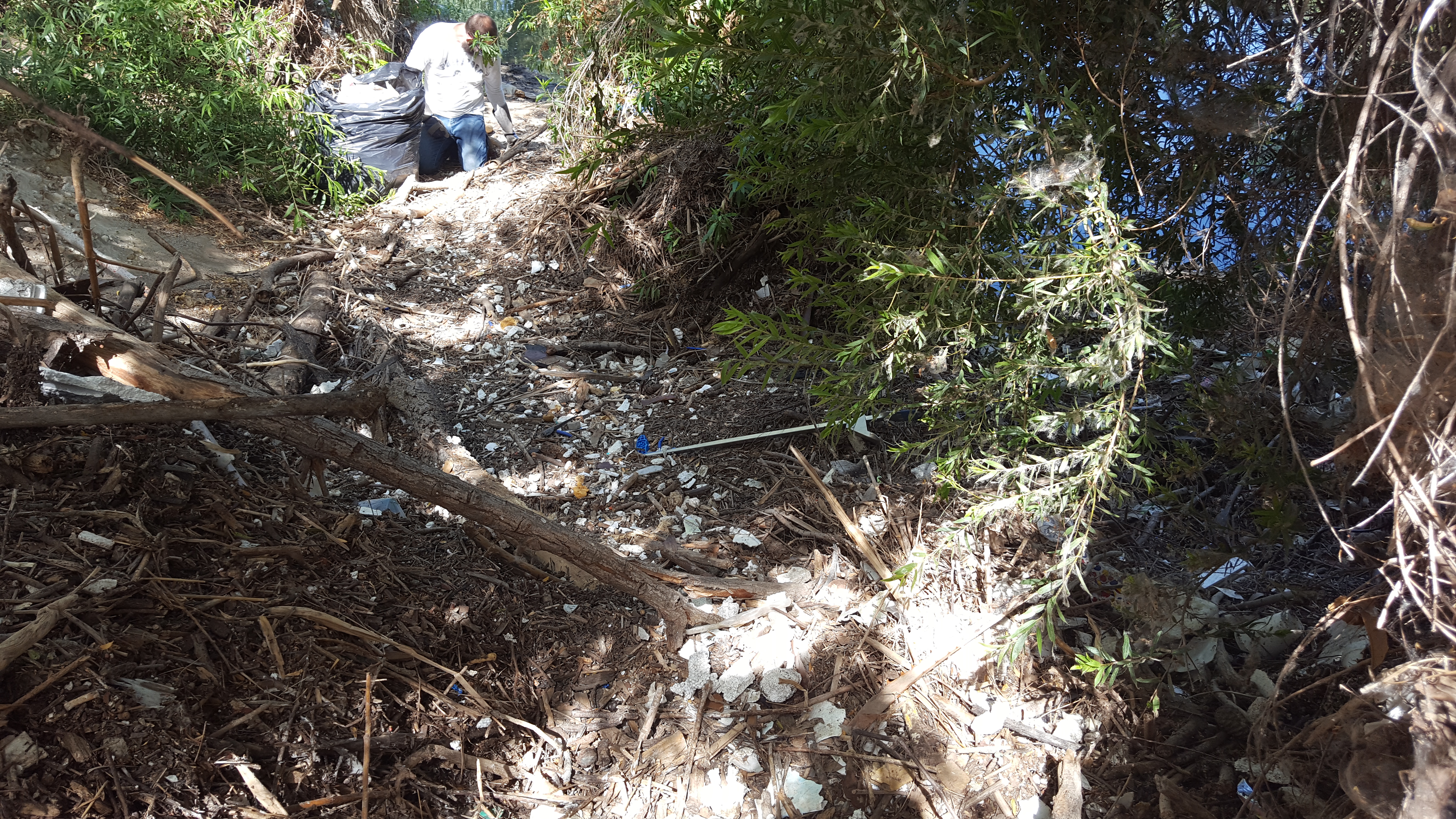 We are very grateful for our dedicated project partners and volunteers who have contributed to the improvement of Mill Creek and its surrounding environment! 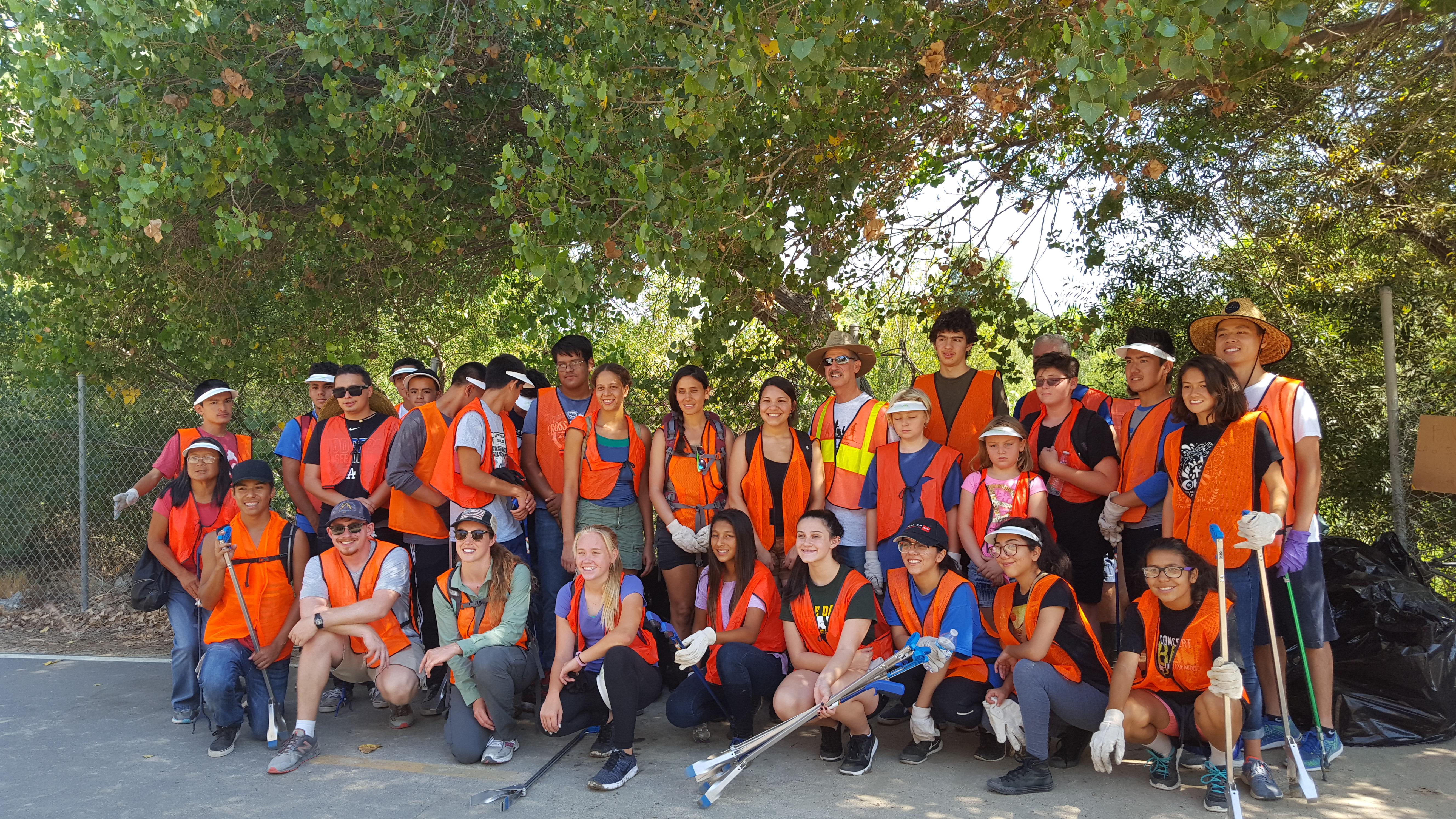 As part of our Crest to Coast project, Waterkeeper joined Keep Riverside Clean and Beautiful and Santa Ana River Trust to clean a portion of riparian forest along the river. Rapid Trash Assessment results revealed conditions of a 100-foot stream reach was quite marginal. The presence of litter demonstrated just how popular the site is during the summer based on the abundance of scattered litter near the river.

Staff and volunteers went straight to work removing each piece of trash in sight. Some worked the banks of the river while others headed deep in to the trails near the trestle bridge. Tires, spray paint cans, chairs, and the large amounts of food containers and plastic wrappers were placed in to bags for removal. 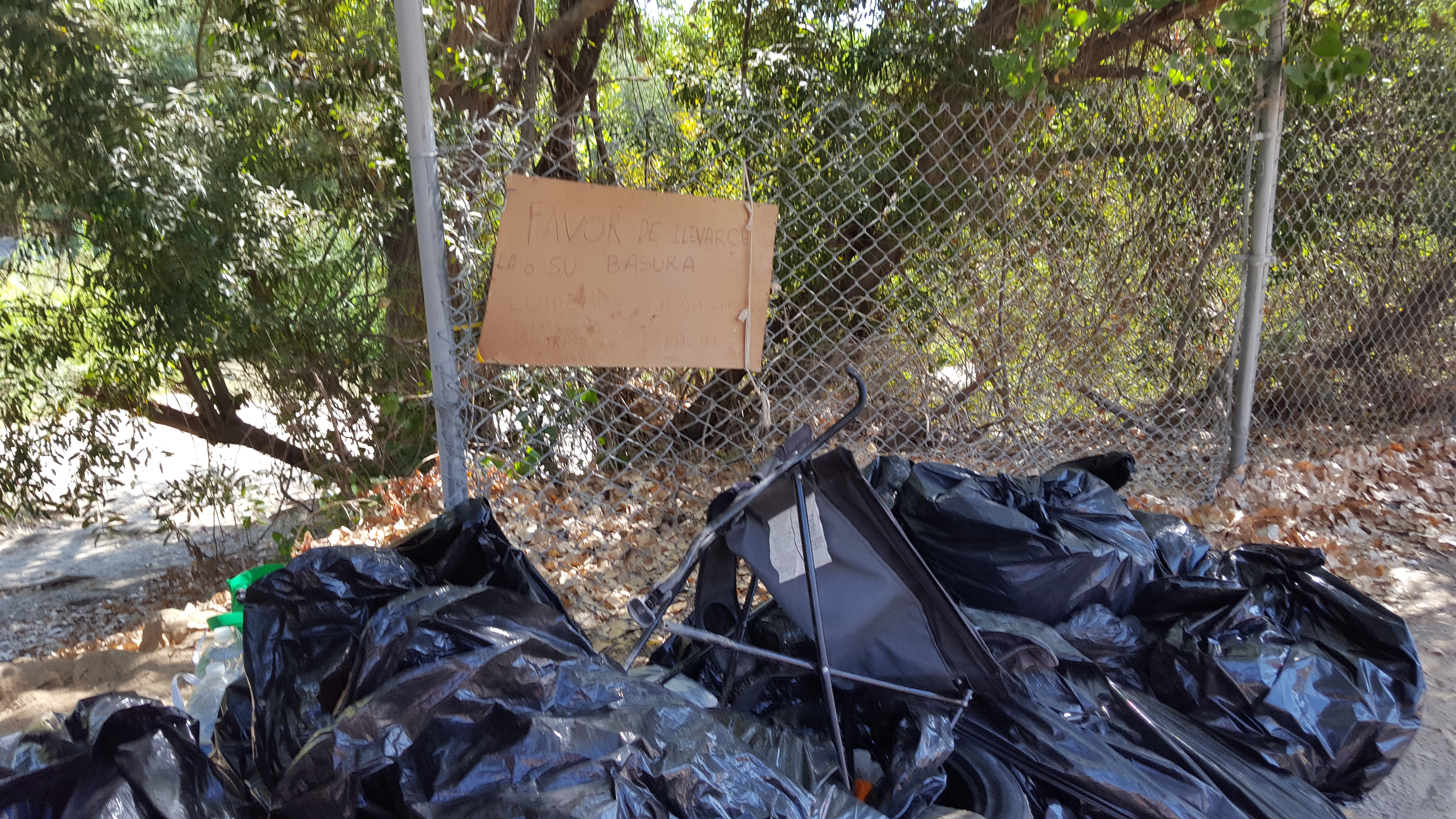 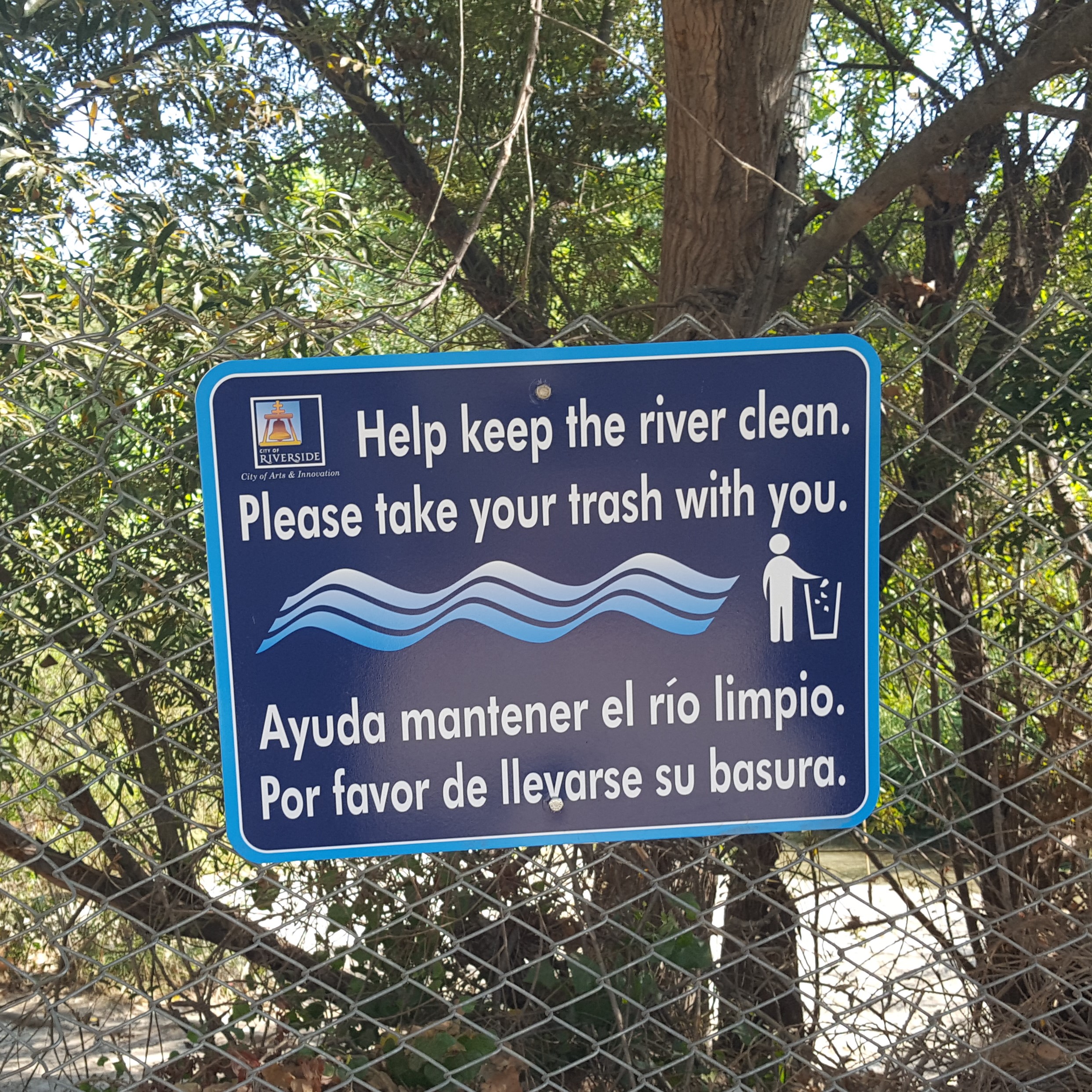 Although plenty of bags filled with trash were removed from this popular recreational spot, some users very much appreciate this access to the river. Weeks prior to this event, our Stream Team noticed a few constructed bilingual signage asking users to take their trash with them. Thanks to the concerned citizens and collaborate work, new bilingual signage has been added at the entrance of this access point to the Santa Ana River for everyone to enjoy! 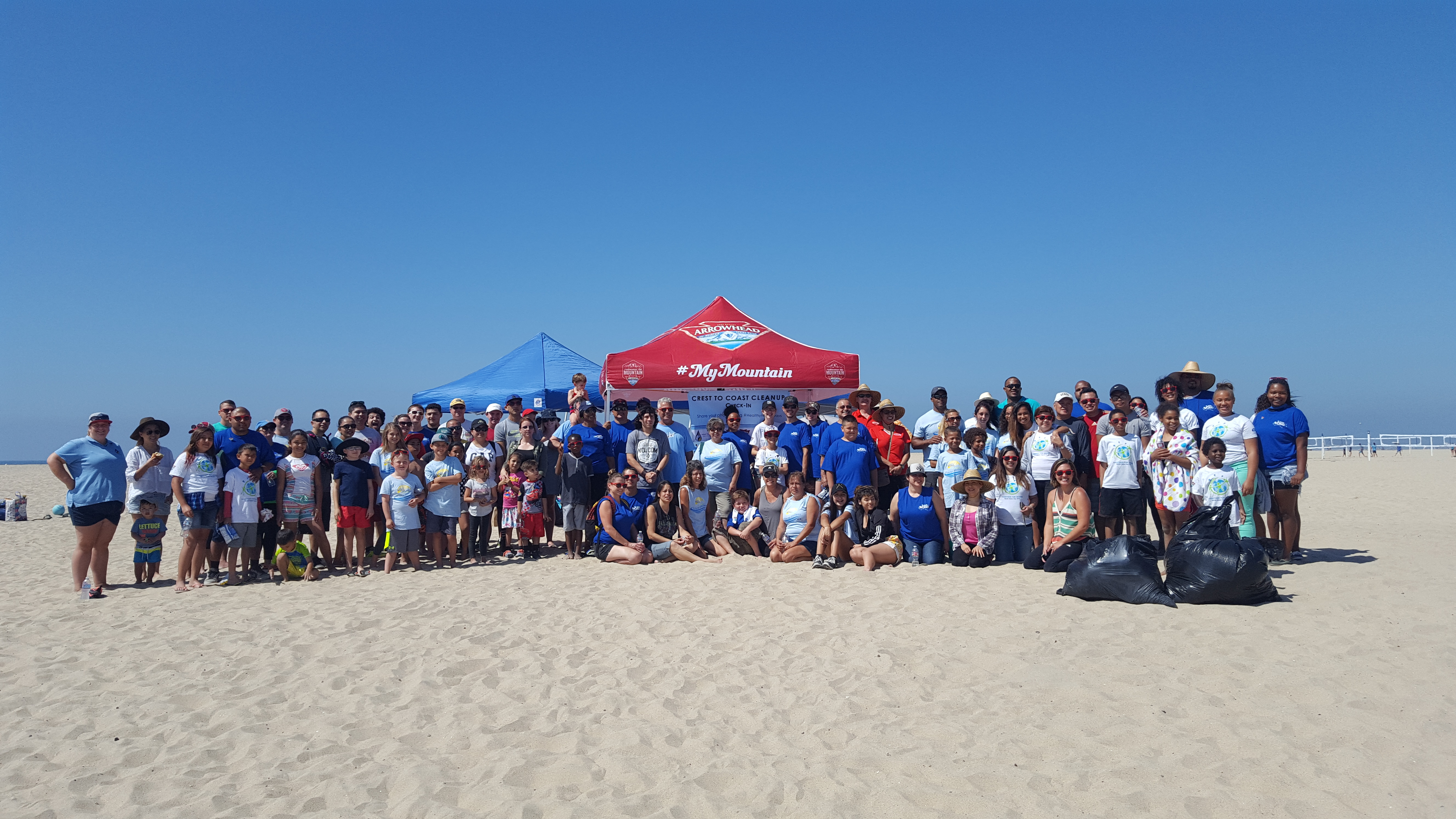 We joined the families and employees of Arrowhead Water to celebrate their Crest to Coast efforts at Huntington State Beach as part of the annual Coastal Cleanup Day! The morning began with a light, sandy cleanup along Huntington Beach’s coast. Approximately 175 volunteers bagged just over 200 pounds of small bits of trash, preventing it from entering the Pacific Ocean. Our partnership and efforts for healthier waterways throughout the Santa Ana Watershed continued with fun and games for the little ones and the young at heart. Raffle prizes were also awarded to the best competitors. 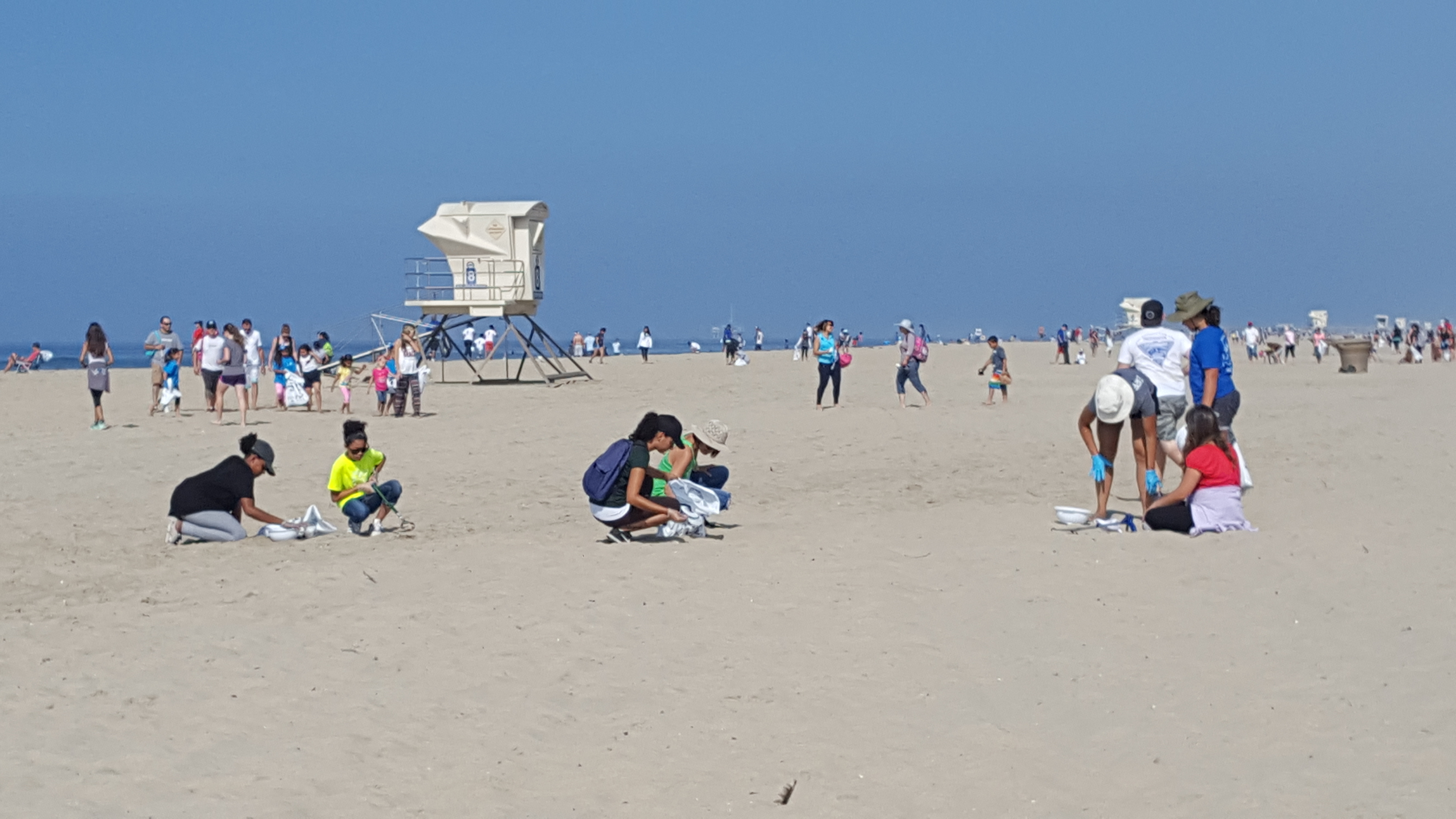 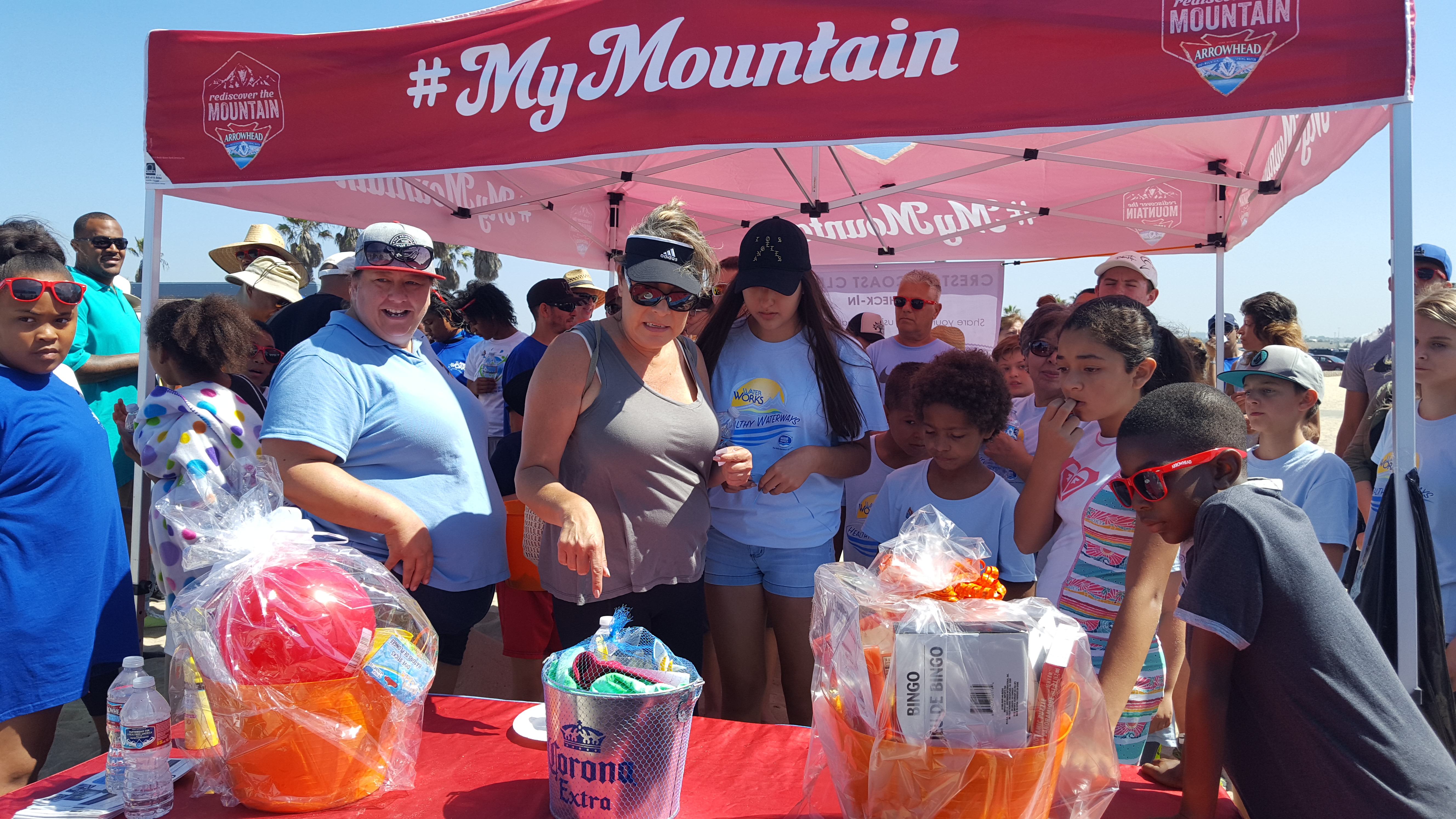 To date, the Crest to Coast project has removed 45,410 pounds of litter from waterways within the Santa Ana Watershed and has engaged with over 10,000 community volunteers and the public in the hopes of encouraging water stewardship throughout the IE! 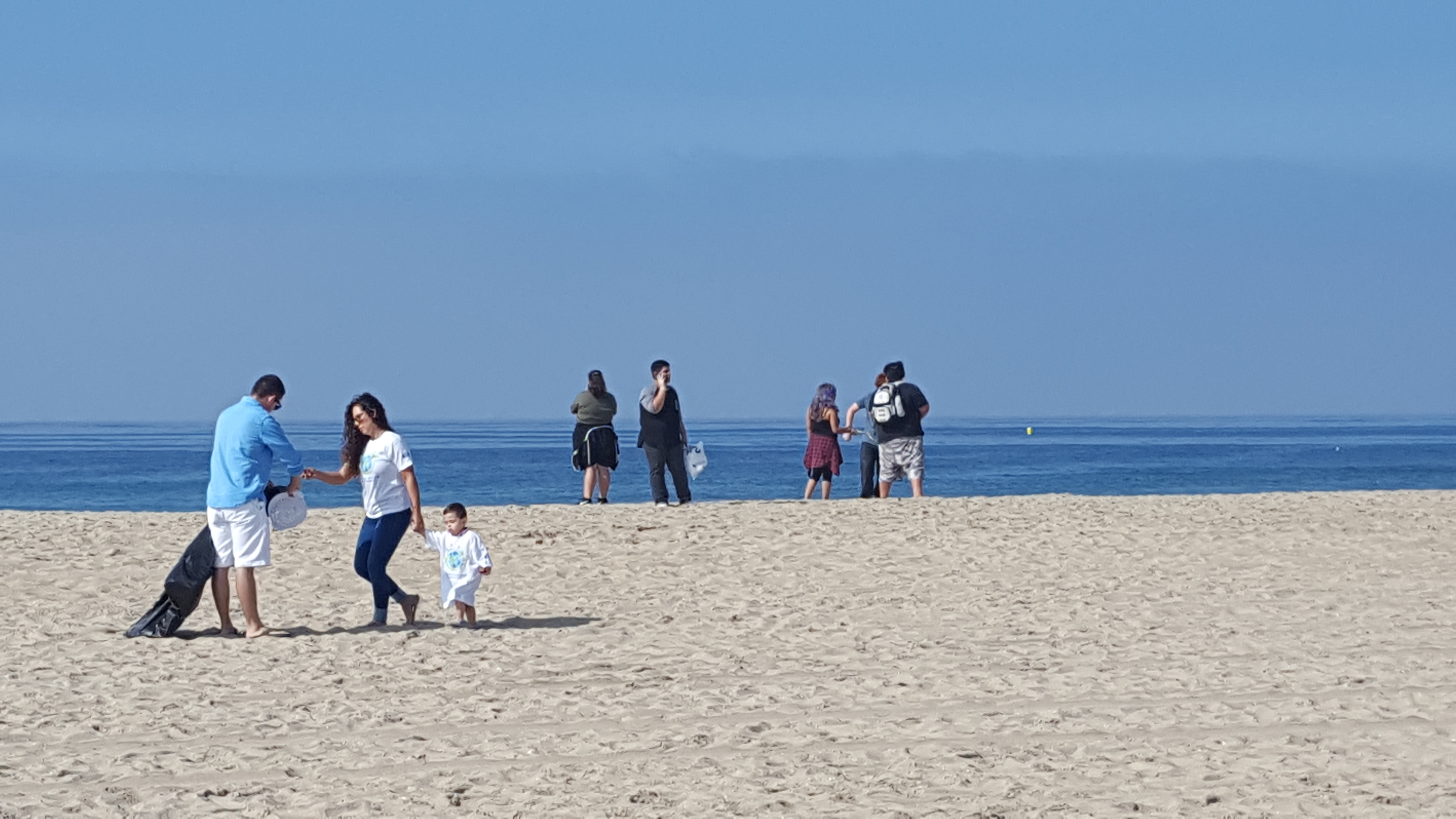 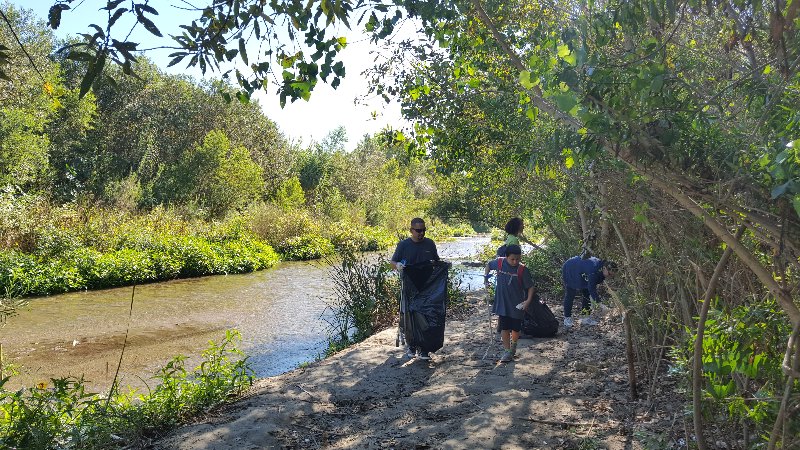 We partnered with Keep Riverside Clean and Beautiful and Riverside County Flood Control and Water Conservation District as part of our Crest to Coast project! We annually participate in Riverside’s largest cleanup event of the year, the Santa Ana River and City Waterways Cleanup which engages over 500 local volunteers to help clean litter from city streets, from the river bottom, as well as remove graffiti from city bridges! Waterkeeper staff and over 100 volunteers removed litter and debris from trails along the Santa Ana River at McLean Park and from the river bottom at Carlson Dog Park. Hundreds of pound of trash were removed at these two sites alone.

Thank you so much to all the dedicated volunteers that participated in the Santa Ana River and City Waterways Cleanup this year! 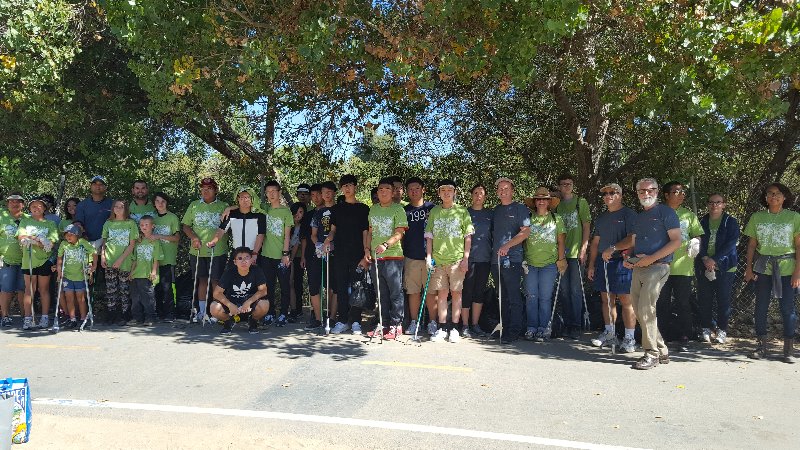 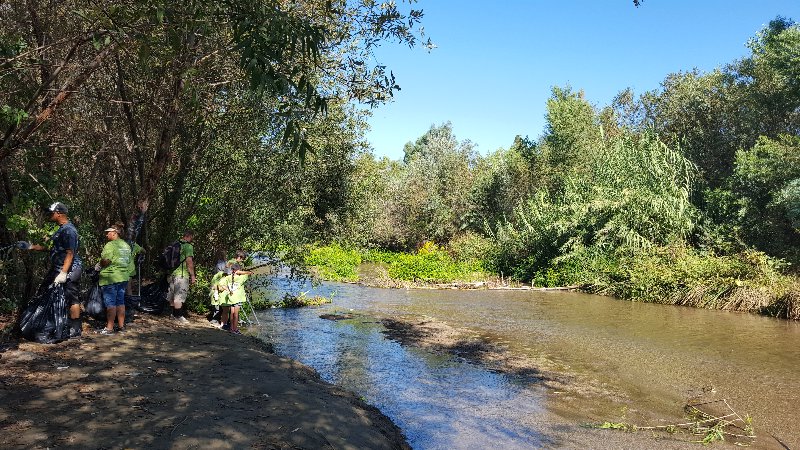